William Vaughan, a neighbour and relative of Henry Middleton by marriage, was a truly a remarkable man.

I’ve been a volunteer in the archive team of the Garden since 2010, with part of my work involving historical research. The era that has been of particular interest to me being that of the Middleton family, after whom the estate was named. The marriage of Henry Middleton, the first resident of the estate, connected him to two of the most important families in the area, the Vaughan family of Golden Grove and the Rice family of Dinefwr. It’s not unreasonable to assume that these families may have been influential in the lives of the early ‘Llanarthne Middletons‘. One member of the Vaughan family of particular interest was ………………..

Uncle of Mary Vaughan. Henry Middleton and Mary are thought to have been the first occupants in the original Middleton Hall.

As the second son of Walter Vaughan of Golden Grove and brother of John, 1st Earl of Carbery, he couldn’t depend on family inheritance and knew he had to make his own way in life. Sent away to school in London as a child, he became a student at Jesus College Oxford at 14, and by 23 was a  B.A. , M.A., B.C.L., and L.L.B. with a first book already published.  He travelled extensively throughout Europe and returned to Oxford in 1603.

(1) After his marriage to the wealthy Elizabeth, daughter of David ap Robert of Llangynderyn, he settled there in 1605.  Both Elizabeth and their son Francis both died in 1608, when the house was struck by lightening. The mystery of their deaths lead to scandalous libels.

(2) In 1616 he married Anne Christmas of Colchester, the only child of a rich Colchester merchant, who was wealthy in her own right. They had 6 children, 5 girls and Edward, who later went on to be an important figure in Wales as part of the Welsh team negotiating the terms of surrender to the English parliament in 1645. Anne died in 1672, aged 84.

As a writer he was prolific and influential, his books being well received by the legal fraternity, the Royal Court and intellectual society.  By modern standards they are tedious and certainly not ‘page-turners’. He addressed philosophical, moral, economic, political, religious and medical matters, with some content written in verse. Books included ‘The Golden Grove’, ‘The Newlanders Cure’ and ‘The Golden Fleece’.

High Sheriff of Carmarthen in 1616.

In an attempt to relieve the overpopulation, poverty and apathy of his fellow countrymen he attempted to colonise land in Newfoundland, calling the settlement ‘Cambriol’ , with Welsh place-names. The first settlers were sent out in 1617, others in 1618, but these early attempts were unsuccessful. His efforts continued with varying success until he finally abandoned his attempt at colonisation sometime between 1630 and 1637.  Some suggest that William spent time in Newfoundland  1622-25 or possibly after 1628 but evidence for this is contradictory.

A very religious man, perhaps to the point of mania. Considered to have a visionary outlook, he was probably more idealistic than realistic. His attempts at colonisation were well-intended but impractical and his approach was one of over-optimistic enthusiasm. However, although he lacked the ability to put his schemes into operation, he didn’t lack determination or perseverance.

He died at Llangyndeyrn in 1641 and is buried there in an unmarked grave in the churchyard of St Cyndeyrn’s Church and a plaque can be found within the church.

William Vaughan  : The Colonisation of Newfoundland 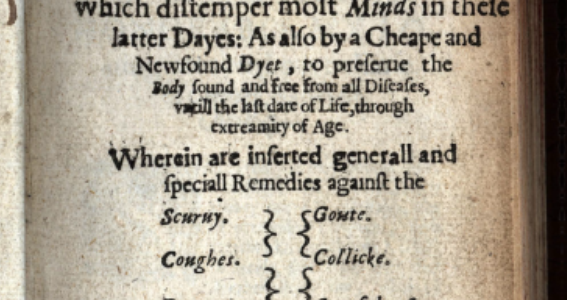 Flowerpot Podcast – The One with Helen Whitear