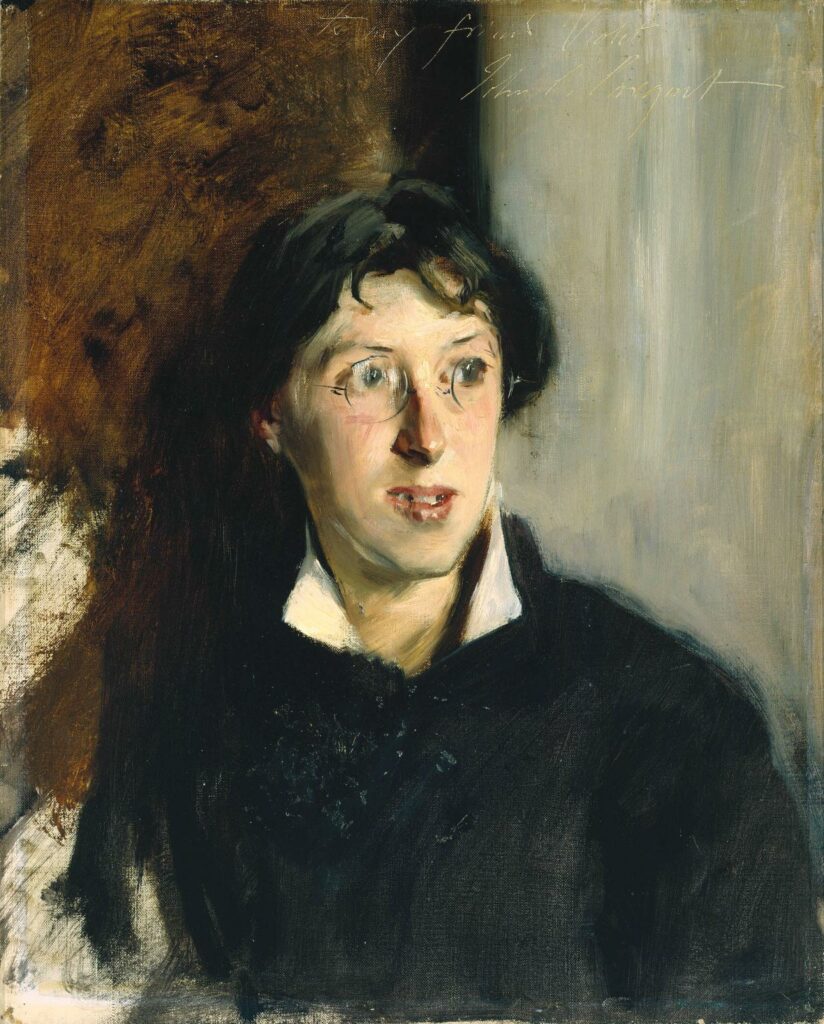 Born in 1856, Vernon Lee, aka Violet Paget (d. 1935), was a Victorian writer whose writings spanned a variety of subjects including art, emotion, aesthetic, travelling and, the supernatural. She was well known during the late 1800s and early 1900s, but fell out of fashion due to her pacifist views. However, her works were re-discovered in the 1990s by feminist researchers and she has since become a feminist and queer icon.

But what is Violet Paget’s connection to Middleton Estate?

Paget was a member of the Abadam family. Her mother, born Matilda Adams, was the daughter of Edward Hamlin Adams who purchased the estate in 1824 following Paxton’s death. When Matilda’s brother, Edward, became head of the family, he changed the family name to Abadam.

Matilda’s first husband was James Lee-Hamilton and together they had a son, Eugene Lee-Hamilton who became a well-known poet. Unfortunately, James died not long after Eugene’s birth, after which Matilda and her son moved to France to live with her brother, and later moved to Paris. Henry Ferguson Paget tutored  Eugene, and Matilda married him in 1855, with Violet born a year later.

Paget was mostly raised on the European continent, spending most of her life in Italy and only made occasional visits to Middleton Estate. There appears to be no love lost between granddaughter and grandfather with Violet describing E. H. Adams as  an “extremely doctrinaire and moral, an ardent Voltairian, who spent much of his time disputing with the local parsons and refusing to pay tithes”.

Under her pen name of Vernon Lee, Paget was well known for her critical writings and essays on art and its aesthetic. Within these topics, she wrote about the Italian Renaissance, and the psychology involved with creating and viewing art. She was also known for her travel writing, a result of her itinerate lifestyle of constant re-locations to different areas within Europe. However, unlike most travel writing, Lee’s work did not focus on the physical surroundings of the place but about the emotional and psychological effects of the places she was visiting.

Lee was also a stringent feminist, most often dressing in a more masculine manner, foregoing the strict, restraining fashions of the time. She also had long term romantic relations with three women, one of which, Clementina ‘Kit’ Anstruther-Thomson, collaborated on her theories of psychological aesthetics.

She was also a stringent pacifist, an anti-militant, and strongly opposed the Great War, joining the Union of Democratic Control, a British pressure group opposing military influence within the government. Unfortunately, it was these particular views which caused the younger generation to ostracise her work, and she subsequently fell into obscurity.

It was not until the 1990’s that Lee’s works were rediscovered, with feminist researchers attempting to reintroduce her to mainstream scholarship. Yet, in today’s society, she is better known for her fiction writing, especially her supernatural works. The most famous of her supernatural writings were collected in her book Hauntings in 1890, where she tells various stories of instances of possessions and ghostly hauntings.

If you are at all interested in ghost stories and Vernon Lee’s writings, why not join us on our ghostly storytelling walks on the evenings of October 31st, November 1st, and November 2nd? 3.30 pm – 5 pm

Enjoy a walk around the Garden as the sun sets accompanied by tales of ghostly encounters. Suitable for all ages and completely free.

For anyone interested in reading Hauntings here is a link to a free online copy:

Private: The History of the Garden Revealed

Come and hear about the Garden’s rich history

Flowerpot Podcast – The One with heritage interpreter William Sims