An hilarious revelation of the meaning of a bottle label 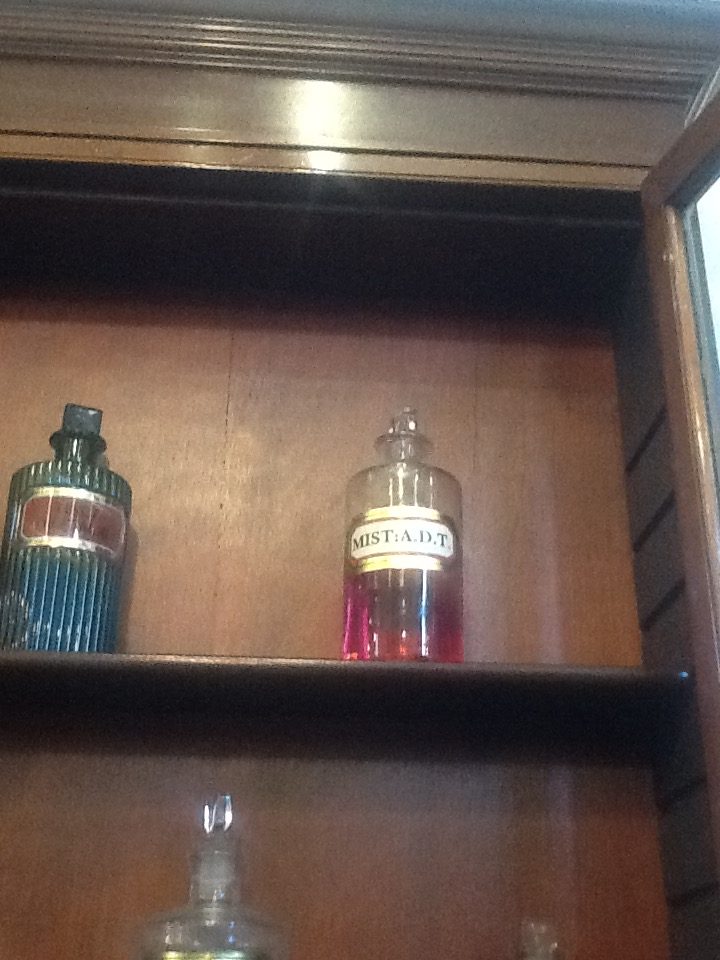 Over several years an ex pharmacist has been popping in to the Apothecary’s Hall.

He is a contemporary of Professor Terry Turner, who was instrumental in setting up the Hall, and his name is Morton. ( I remember his name, because I am a great fan of Last of the Summer Wine, in which Herman Teasdale, the “repo” man, changed his name to Morton because nobody liked him!)

Morton the pharmacist always passes on good information, such as how to use the paper folding machine, and how to produce foul smells from Pharmacy ingredients, and often leaves me with a question while he goes for coffee.

On his last visit, he told me that we needed a jar of MIST.ADT on display.

Now, I knew that MIST meant mixture, but didn’t know what the rest of it meant, so while he was having his coffee I went through several of the old pharmacy reference books. ( there is no internet access in the  Hall, perhaps I might have found an answer there).

On his return, he eventually told me that MIST.ADT used to be used for medication for timewasters, and it means Any Damn Thing!   Morton then told me that he used to put Valerian extract in it plus a mild laxative – if it tastes bad and makes you go to the loo, it must be beneficial!

Shortly after this, I was talking to a nurse in the Hall, and she mentioned TINCT.AFT.  I knew instinctively that this was a ruder version of MIST.ADT in tincture form