It is so tempting to delve into the hives as we are itching to get going, but we will have to be patient for now. 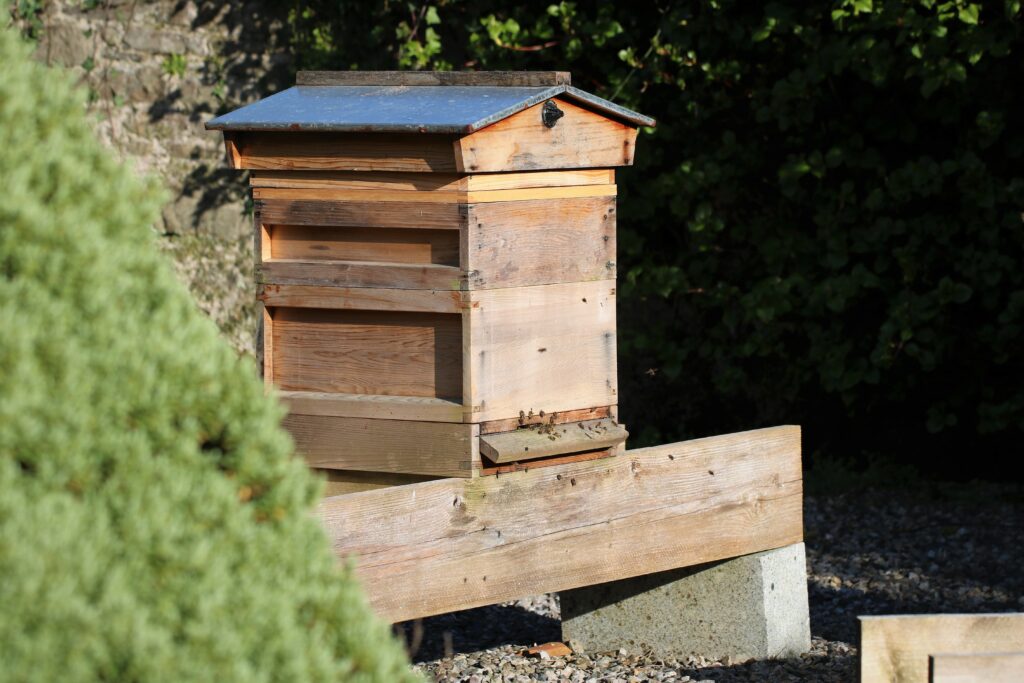 A beekeeper in waiting….

Myself and the beekeepers are still waiting for the weather to warm up enough to carry out our first hygiene inspection on our colonies at the Garden. Compared to the heat wave we had this time last year the weather this time is still too chilly!

It is so temping to delve into the hives as we are itching to get going, but we will have to be patient for now.

Our observations at the entrances reveal that the colonies are bringing in the willow pollen, when they have a window of opportunity to get out to get it. The recent frosts did knock the blossoms back a bit but there is still lots more to come. We have looked back at our records for the last 6 years and the date of the hygiene inspection varies from middle of March to middle of April, so we are not too concerned as yet.

This give us the opportunity to make preparations for the works ahead.

We have checked all of the comb we have in storage. Sorted it into frames to keep and frames for melting down and recycling. The couple of die outs we had have been cleaned out. The hive body and parts have been cleaned and scorched so they are ready to be used when we make up the shortfall this season.

We have equipment in place and ready to go when we can do the hygiene inspections and making plans on which hives will have a shook swarm, bailey comb change of just replacement of damaged comb.

Last season we did shook swarms on many of our colonies, which is a method of replacing all the brood frames with new foundation. This method does set the colonies back by a few weeks, as the new brood is also removed, but it is effective for disease prevention and as a varroa treatment. Once the bees have had a good feed they quickly recover and tend to come on stronger for the rest of the season, but is only recommended for strong colonies.

Slightly weaker or smaller colonies can have their comb changed by the Bailey comb change method. This method takes longer to achieve, retains the early brood, but is less effective against disease transmission and varroa. It does however achieve the aim of replacing old comb with new with less stress to the bees.

We will be using a mixture of these methods as we assess our colonies needs going forward.