Here at the National Botanic Garden of Wales, we are celebrating our hedges as part of the first-ever National Hedgerow Week! 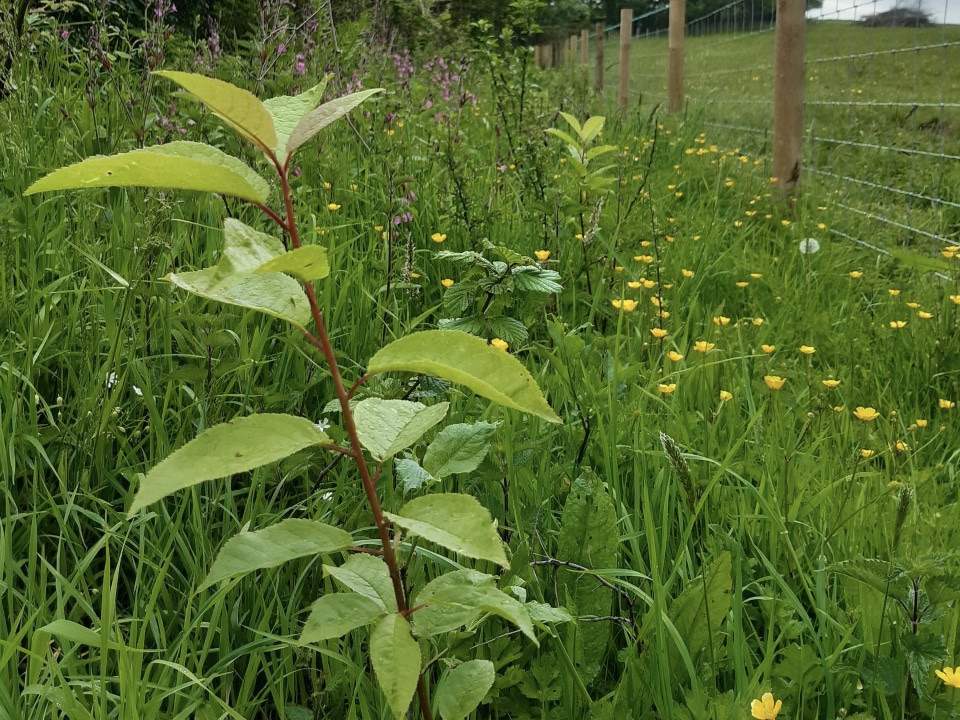 At the start of 2021 the Garden began an exciting project to rejuvenate and re-establish our network of hedgerows throughout the wider estate which is designated as our Waun Las National Nature Reserve. With support from the Welsh Government’s Sustainable Management Scheme (SMS) work began to identify a number of historic hedgerows which are in need of reviving.

Hedges play such a vital role in our countryside as well as in our towns and cities acting as the ‘Green Corridors’ through which wildlife is able to move and exist alongside our busy human society. Hedgerows provide food, shelter and safe transport for animals as well as a multitude of benefits for humans including visual screening, windbreaks and effective boundaries for our fields. With a changing climate, hedgerows also have a role to play in sequestering carbon and flood attenuation. Importantly the many different trees and plants you find in a healthy hedgerow are an invaluable source of forage for pollinating insects. Our Horticulture and Science Teams have been working together to create a hedgerow that caters for our pollinators for the longest possible season which includes having a diverse mix of trees as well as a margin of un-managed scrub land often referred to as the ‘Bramble Margin’.

The composition of our hedgerow has been chosen as:

The ambition of the Garden’s Estate Team is to re-establish the network of hedgerows across the entire nature reserve which will be managed using traditional local hedge laying techniques. The Botanic Garden is well endowed with hedgerows, yet over time the farmland has seen the loss of some of this network to the cheaper alternative of stock fencing. In these areas, thousands of new tree whips will be planted to re-create these pre-existing hedge lines. So far the Garden has planted 1.5km of new hedgerow in Winter 2021. Under the SMS project, we have another 580m left to plant this coming Autumn to deliver this first phase of hedgerow restoration. As part of this work we also have to install new stock fencing to enable our trees to establish free from the wandering gaze of our Welsh Black Cattle and Balwen sheep flock!

In some areas where the old hedgerows have become so degraded in quality that it is not possible to manage them effectively, we are having to re-coppice the shrubs to reinvigorate the plants and enable our hedges to be successfully managed through laying. We hope to lay our hedges after seven years by which point we may be able to provide training in this craft to continue the Garden’s work as a centre for educational excellence.

With a focus on issues such as climate change and pollution, our Estate Team has decided to avoid the use of single-use plastics in our hedgerow work by not purchasing plastic spiral guards which are often used to encourage early establishment of young trees. It is hoped that our work at the Garden will act as an exemplar for good hedgerow upkeep alongside other traditional countryside management techniques, benefitting Carmarthenshire, Wales and beyond for generations to come!

Magnificent May in the Restored Landscape

Friday May 14th, 2021 by Angharad Phillips
Find out more