The year 1815 was a momentous one for Britain. With the end of the Napoleonic Wars and the continued developments of a new industrial age, it was a period which would not only transform the countryside but also have significant impact on people’s lives.

Here at Middleton Hall, 1815 was also a milestone year. Its newly formed lakes and parkland were captured for posterity by professional artist, Thomas Hornor, in a series of 15 charming paintings which captured the beauty of the scenery and the spectacular vistas. They also give us a fascinating glimpse of the people and lifestyle of the period, as they enjoy the beauty of the Carmarthenshire countryside.

But who were they, these people in Hornor’s paintings? Were they family, friends, guests, household staff? They include some well-dressed ladies and gentlemen; a groom or manservant and a young boy. We cannot be certain of their identity although we can venture some guesses… as they are very possibly members of William Paxton’s family themselves, enjoying the newly formed parkland, reading, conversing and having picnics. It is a likelihood that Mr. Paxton would have wished not only to capture the parkland at its best, but also show his family and acquaintances at leisure enjoying the prospects and admiring the achievement of the Paxton vision and ambition.

The paintings capture the zenith of the parkland as just nine years later, William Paxton passed away, and so began the parkland’s slow decline.

Hornor’s work has inspired a group of volunteers in the Botanic Gardens to recreate the characters and costumes contained in the paintings for a summer Exhibition. All members of the Heritage Costume Group are amateur dressmakers and are passionate about their sewing – and about the fashions of the Regency period.  They love the elegance and simplicity of the ladies’ costumes and can identify far more with these styles than with the more stilted and impractical Victorian crinolines and bustles later in the 19th century.  They also admire the neat lines of the gentlemen’s garments, inspired by Beau Brummel, and have enjoyed re-creating the outfits.

The Exhibition will run from June to September this summer and can be found in Theatr Botanica next to the Stable block. 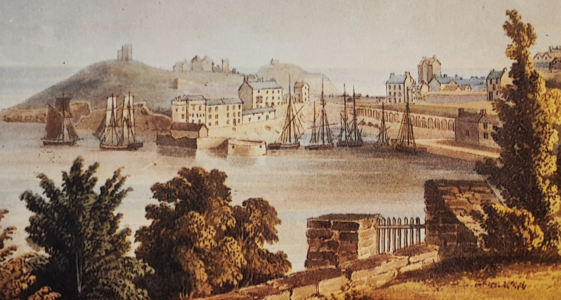 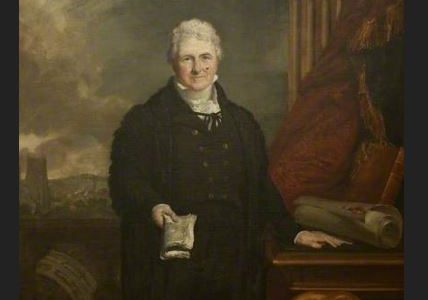 Flowerpot Podcast – The One with heritage interpreter William Sims