Going to Cardiff for a work placement was interesting because of how different gardens in the middle of a city are compared to here at the National Botanic Garden of Wales because we’re in the countryside. 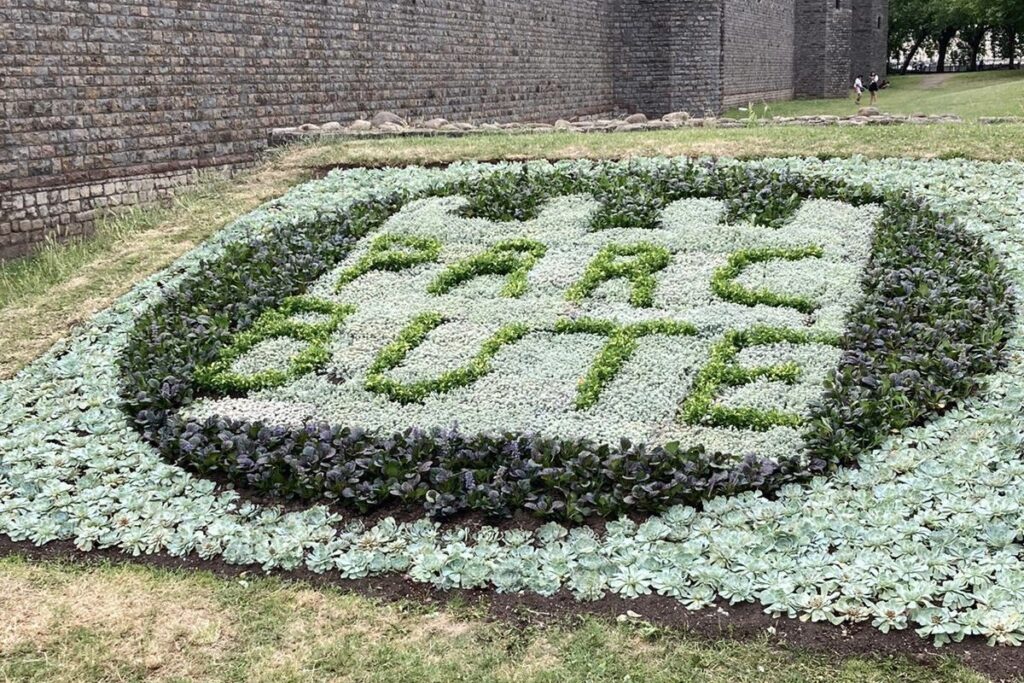 City gardens often have lots of space constraints, and a higher footfall of people, especially people without horticultural knowledge, and this means the gardens need to be managed differently.

There is also a lot of history behind each of the gardens in Cardiff, and the public has expectations of how they should look and feel. It was nice to meet new people, some of whom had been in horticulture for thirty or forty years, and hearing all their stories about how things have changed! 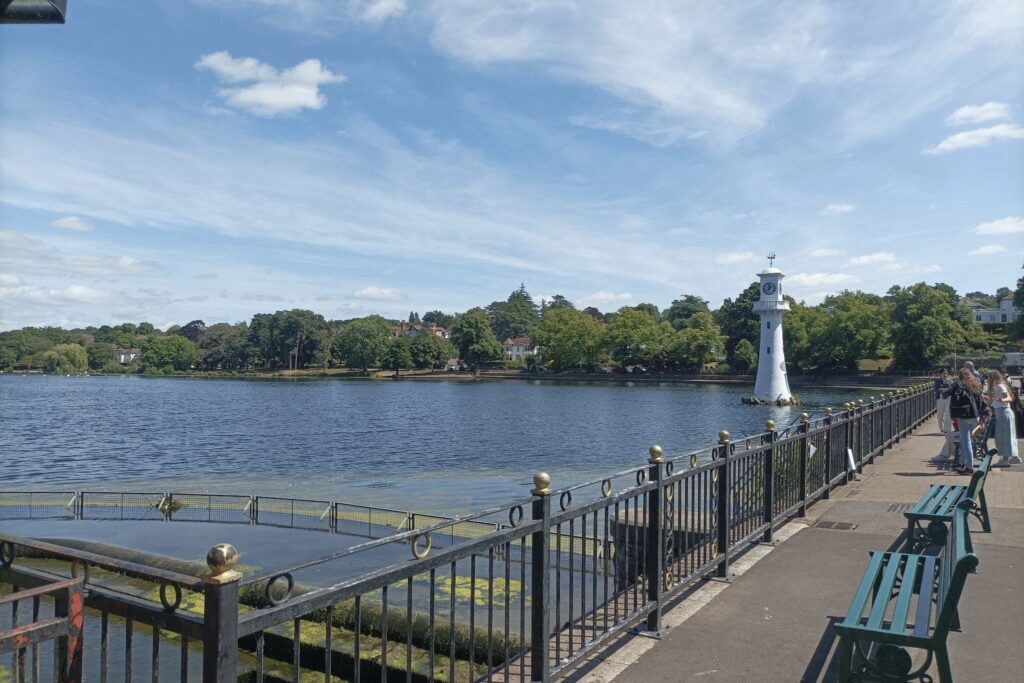 My favourite place to work was Roath Park, pictured above, which was opened in Victorian times and used to be a real community hub. There used to be swimming races in the lake! The team there was really small but really lovely, and it was a really nice space to be in. It had a different feel to it than Bute or some of the other parks, maybe because it was a little bigger and further out like it was intended more for people to use rather than just pass through. 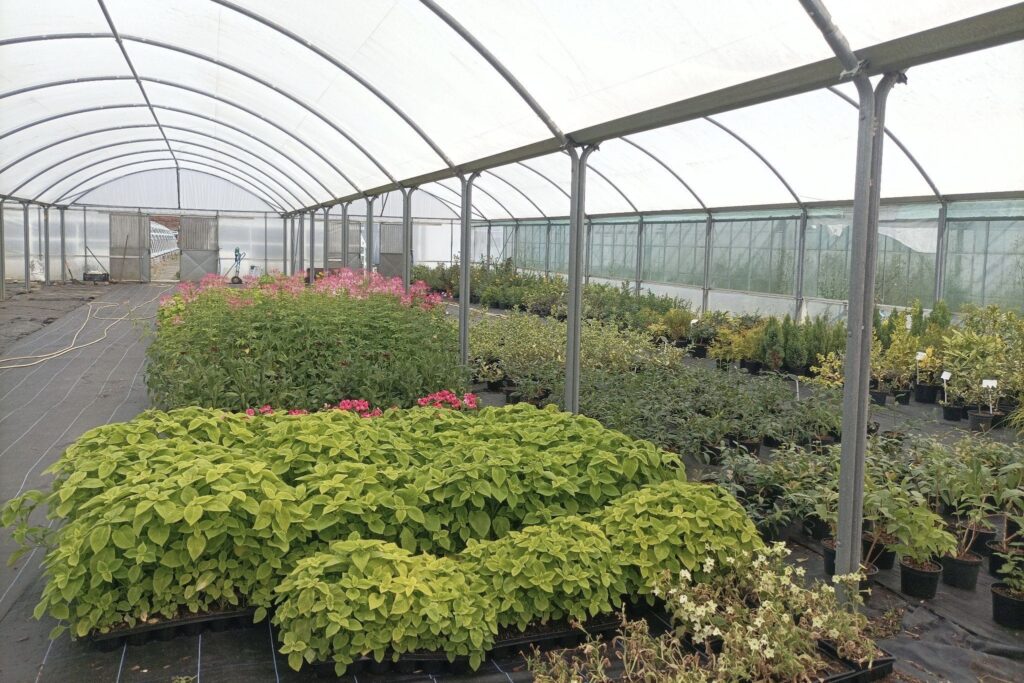 I was with a different team every day, and there was always lots of interesting stuff to learn. I was in Bute Park twice, and in Roath Park, Alexandra Gardens and in the nurseries a day each. The nurseries do a lot of commercial production of bedding plants, houseplants, and custom order hanging baskets, among other things, and it was interesting to get involved with that because we don’t do that sort of production here. Because it was nice and sunny, I’d walk back across Cardiff to get to my hotel room every day, and it was a really lovely way to see around!

In Roath Park, there’s a tropical conservatory with terrapins, and I went to visit that when I was there. The man who works there now is called Dave, and apparently, his predecessor was also called Dave, and they are the only two who’ve worked there full time since it opened, so clearly anyone who works there either starts a Dave or becomes a Dave. He leads a lot of school group tours around the conservatory as well as doing all the gardening and it was really cool to hear how he engages the kids of all different ages in so many different ways. 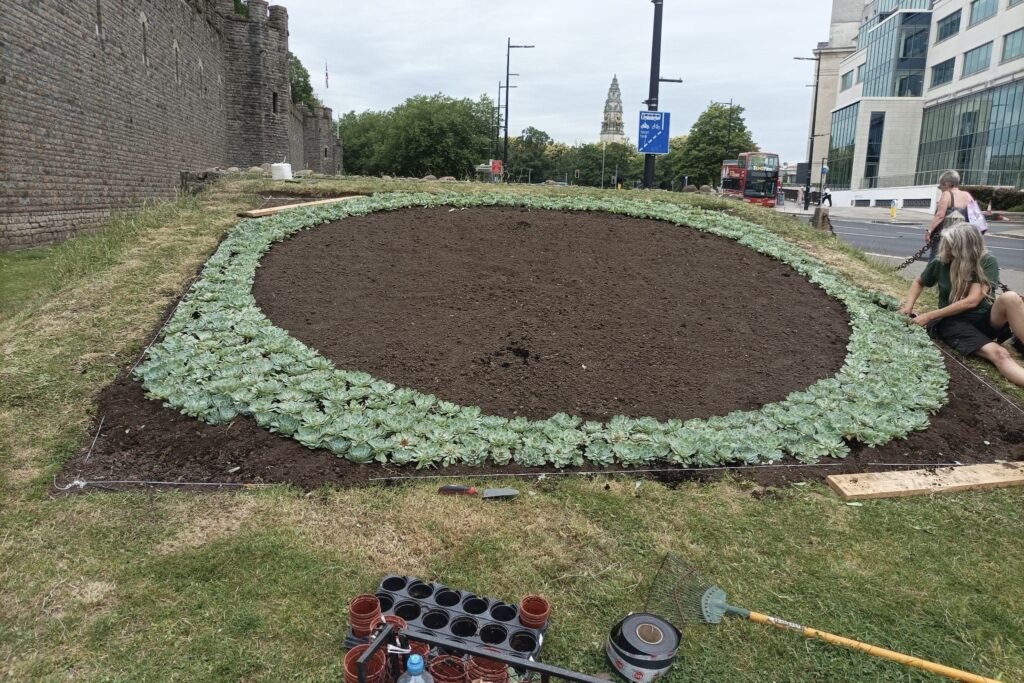 I also helped with planting up the “Badge” bed in front of Cardiff Castle. It tends to be planted with traditional bedding style planting, which is a temporary display of closely planted and quickly growing plants, and they tend to get refreshed each season. This season they were doing a summer planting, and writing out “Parc Bute” edged in Echeveria and Sedum. I’d studied how bedding plantings work in theory during my RHS course, but it was exciting to put it into practice. In general, the council are trying to move away from bedding displays as they are time-consuming to keep replanting and maintain, and aren’t very environmentally friendly as they use a lot of water and new plants, but they’re so traditional that it’s what people expect to see! A balance and slow transition towards more perennial plantings in general with bedding displays saved for special locations seem like the most sustainable choice to me.

All in all, it was a really nice placement week! I learnt a lot and had loads of fun doing it. They all seemed very excited to send their apprentices to us too!