The Eden Project was my first choice of placement because it has unique large biomes, and I was interested to see the ways in which they were both similar and different from our own Great Glasshouse. 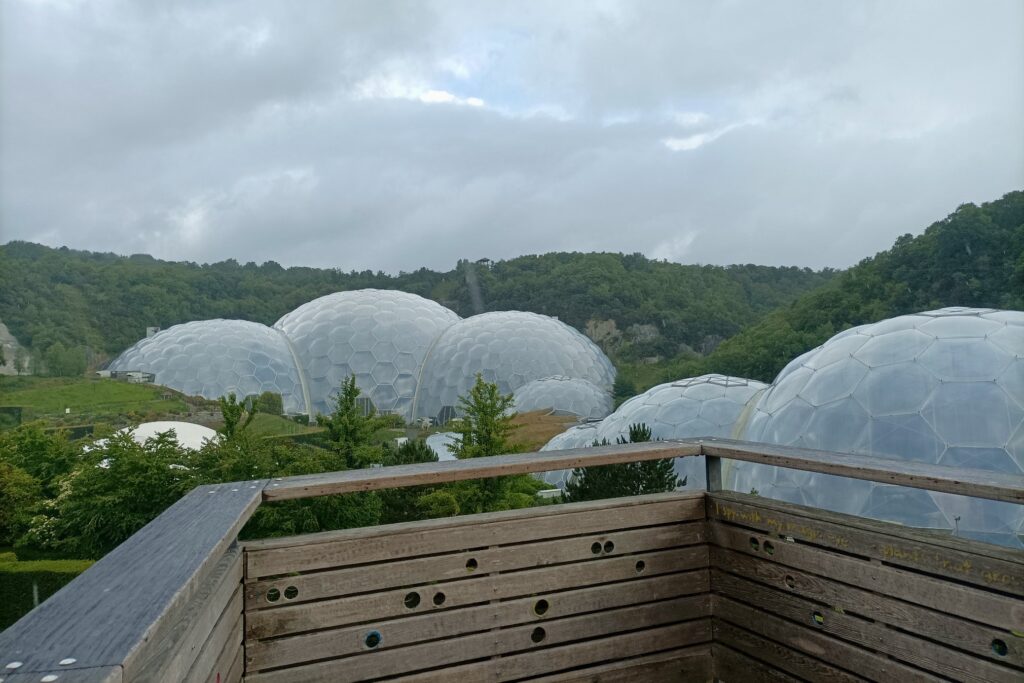 As we only have the much smaller tropical house here, I decided that I would like to get more experience with tropical plants on a bigger scale and work in the Rainforest biome at Eden and see different things that can be done with them. I was also interested in the ex-situ conservation that takes place in the Rainforest biome due to the destruction of the real-life rainforest! The site of the Project used to be a china clay mining pit, and it’s built so you can’t see the biomes until you come out onto the site properly, so it was very exciting to stand on the viewing point pictured above and see the view for the first time. 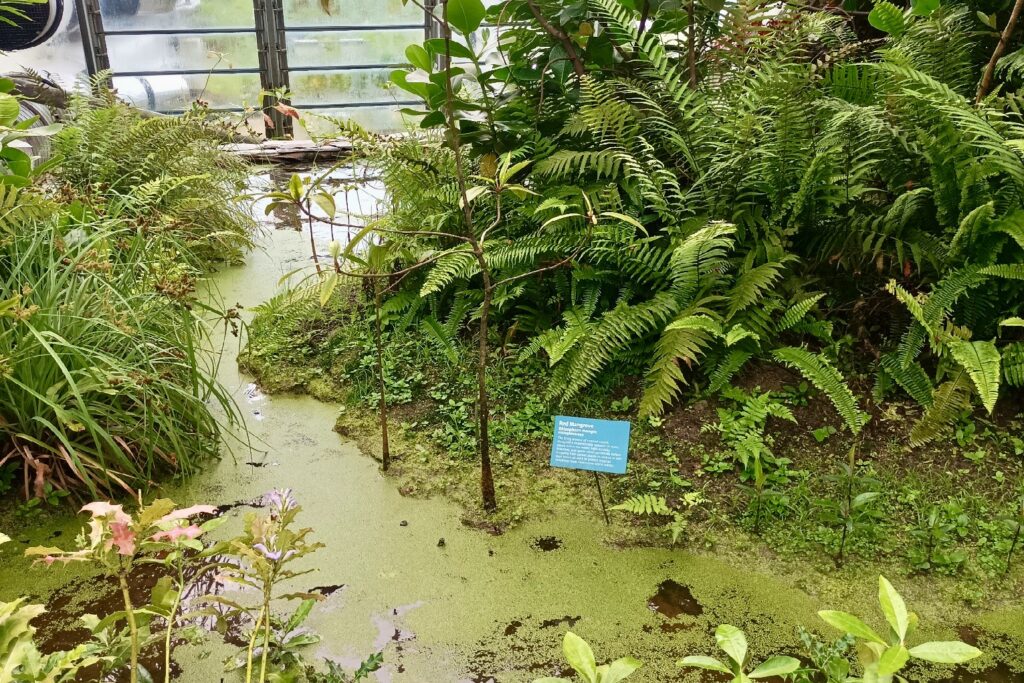 There were loads of interesting plants that I got the chance to work with. Some of my favourites were the mangrove (Rhizophora mangle) swamp that’s been recently planted up. Mangrove forests grow on the coast and their roots help hold coastlines together against erosion, although these ones are small enough they won’t be doing much holding just yet!

They also provide really important habitat for loads of other plants and animals as they can grow in salt water. The roots that lift them above the water are called stilt roots, and some species have special “breathing” roots called pneumatophores which grow above ground. 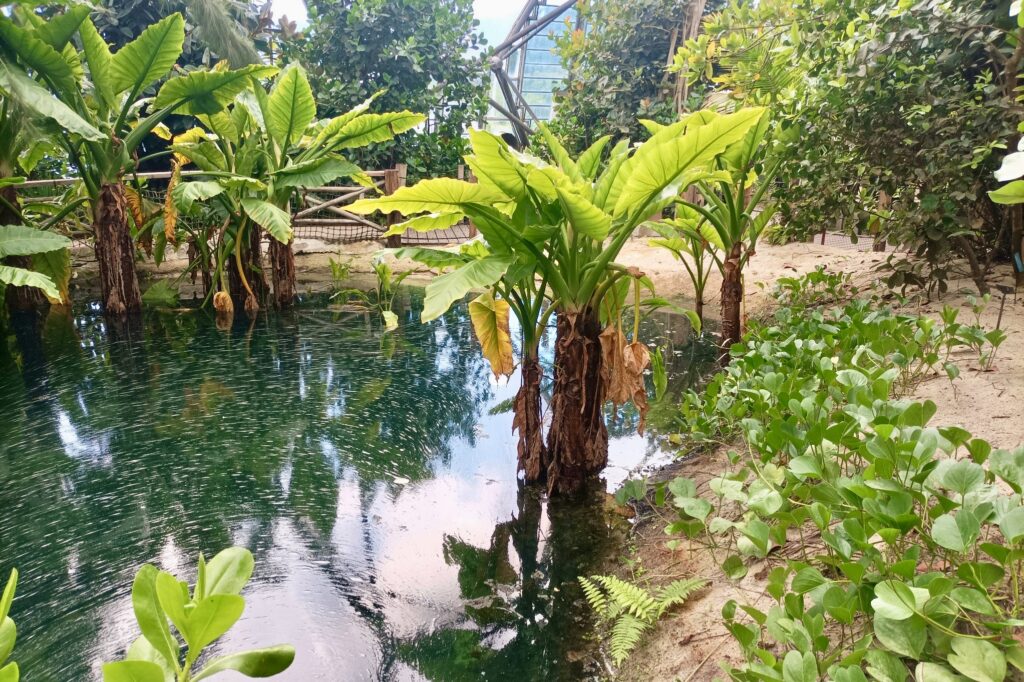 It was also really cool to see Colocasia esculenta, which is often known as taro, which has edible corms and is grown as a root vegetable in lots of tropical places. Colocasia is thought to be one of the earliest cultivated plants! 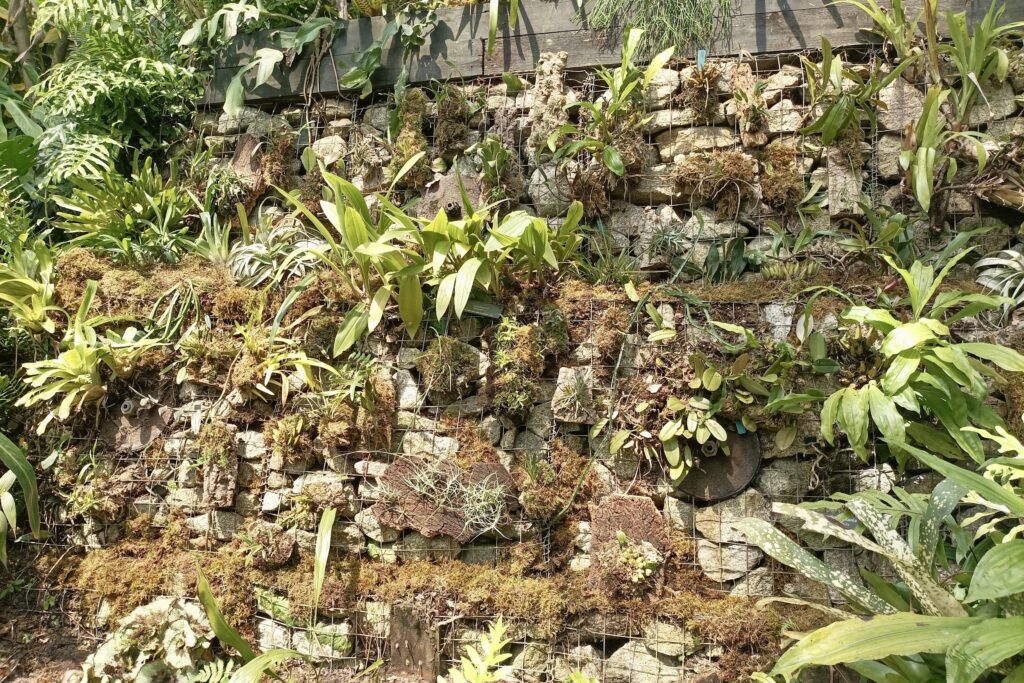 During the placement, I helped with watering the biome and did some repair work to the sprinkler irrigation system where it needed extending. We also did lots of weeding out plants that had got out of control throughout the different sections, and because most of the beds are sloping it could feel far more like jungle adventuring than weeding I’m used to! I also helped mount some of the epiphytes Russell and I had brought down onto their bark, ready for displaying on the epiphyte wall.

This was was a lot of fun – we had to go up on a cherry picker to reach the top terrace of the wall! 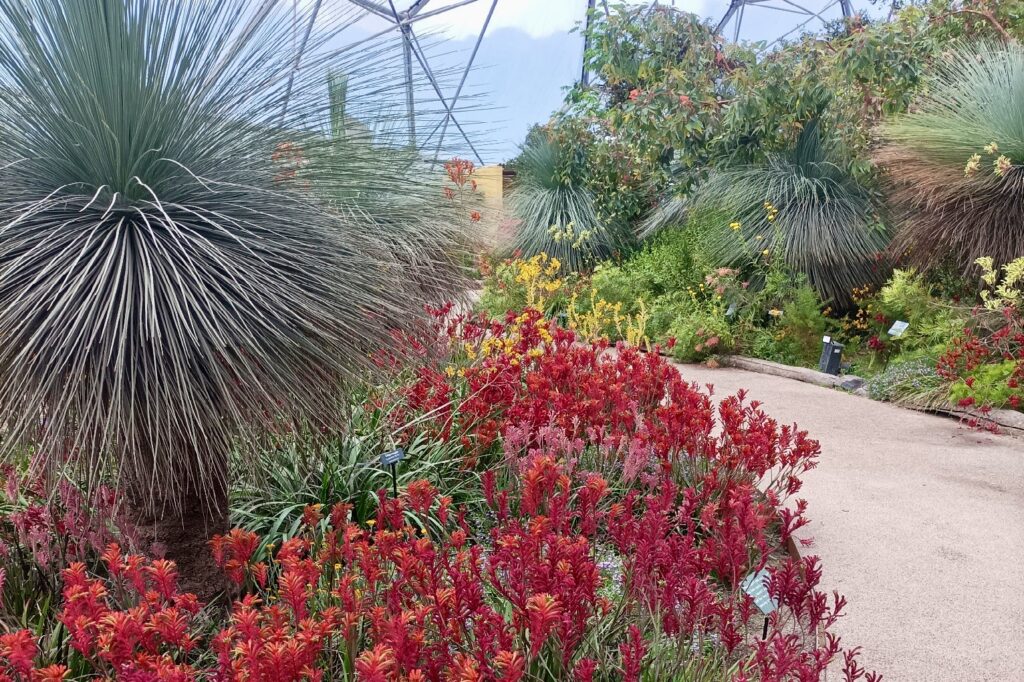 After work, I would stay to explore the rest of the Eden Project site. It was very cool to spend time in the Mediterranean biome and see plants that I know from our Great Glasshouse, like the Angiozanthus displays. It would get very warm in the biomes when the sun was out, and I don’t think the staff that work there realised just how much they’d acclimatised to it. By the end of the week I wasn’t noticing it so much either, but walking home in the evenings was lovely and refreshing. 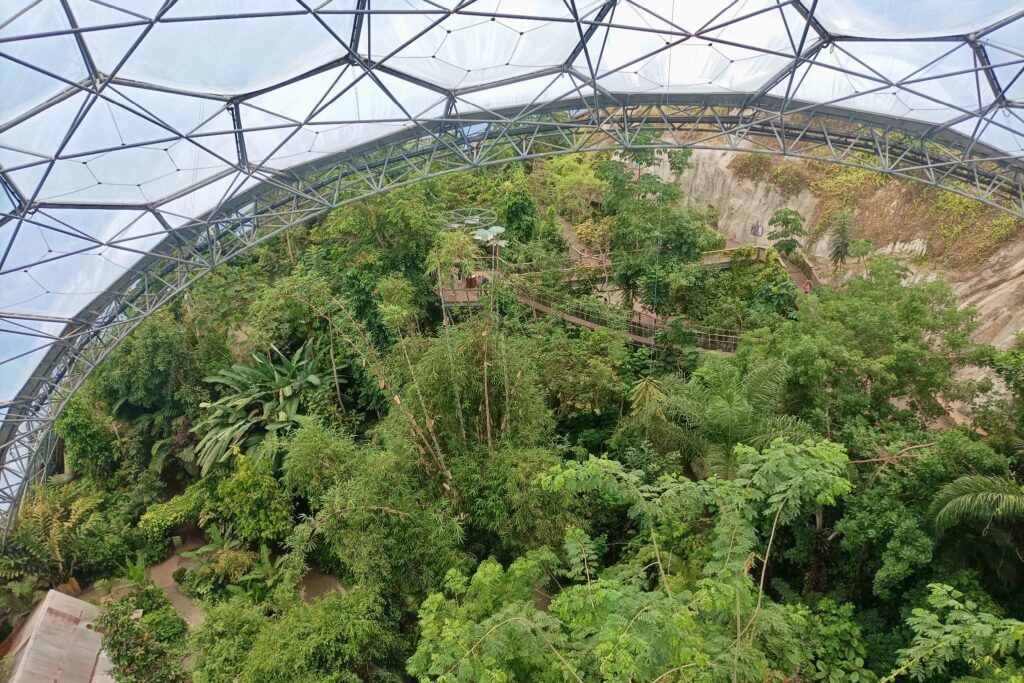 On the last day, I was taken up to the viewing platform at the top of the Rainforest biome, which is a platform hanging right from the middle of the biome. It was so cool to see the layout of the beds from above and the different textures and growth habits of everything, especially as rainforests have so much going on in their canopy layers. We could see loads of flowers that I never would have spotted from the ground. It was a really nice place to go on placement and I feel like I learnt such a lot and got to meet so many cool people. My hosts at the accommodation were very sweet and had loads of stories about the beginning set-up of the Eden Project that were really interesting. All round a really lovely time!