Every August, we sustainably harvest seed and ‘green hay’ from our wildflower rich meadows in the Waun Las National Nature Reserve. 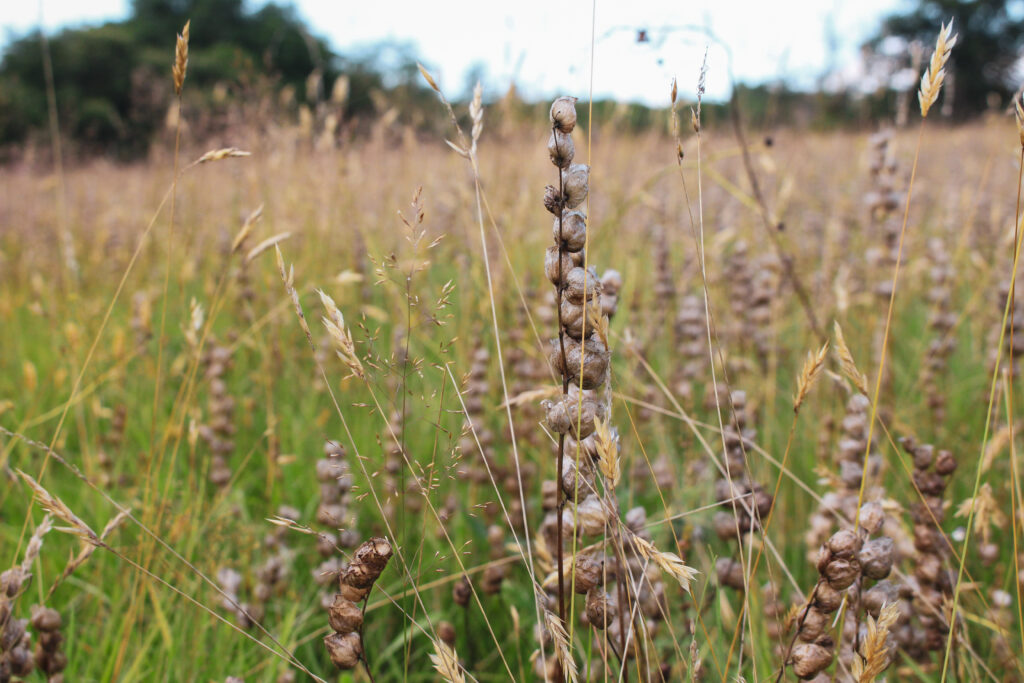 Over the past 22 years, the meadow fields in the Waun Las National Nature Reserve have been managed organically. Wildflowers have continued to spread and increase in number across the fields, joining in with a beautiful display of orchids. This profusion of wildflowers, providing multiple bursts of colour is sadly a rare sight as meadows across our country have dramatically declined.

It is therefore a joy when we have the opportunity to spread the wildflower potential from our meadows to others.

Dŵr Cymru-Welsh Water contacted us about creating a swathe of meadow land for themselves. A fantastic way to do this is by providing a product called ‘green hay.’ The field chosen for Welsh Water’s green hay is called Cae Tegeirianau (Field of Orchids) which is one of our largest fields at the far end of the Botanic Garden, near Paxton’s Tower. 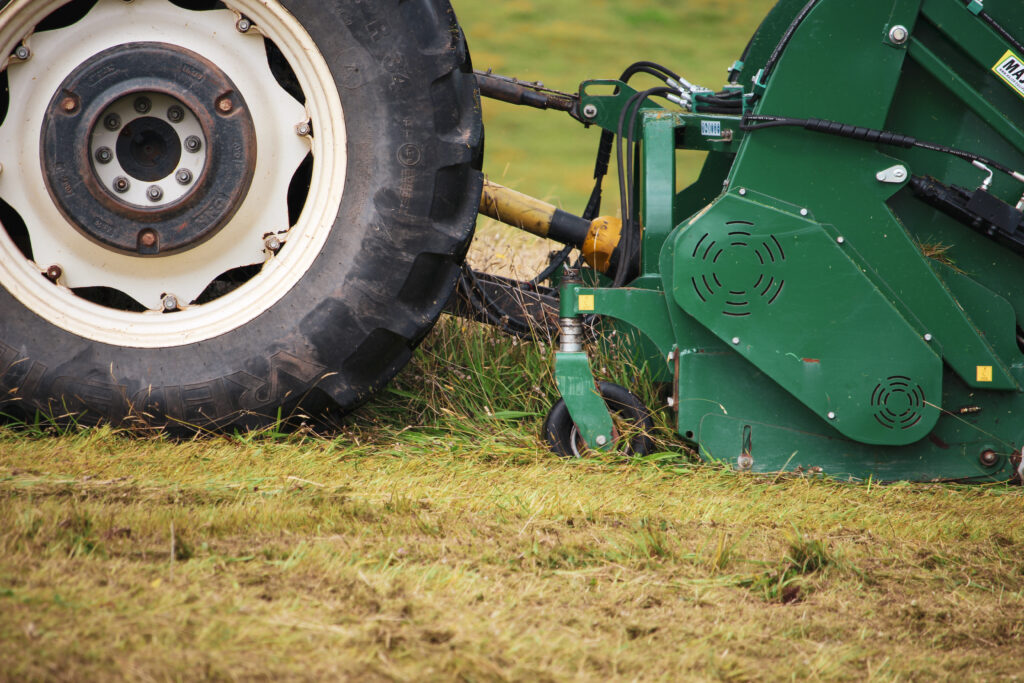 Green hay is when the meadow is cut and the fresh hay, packed full of wildflower seed is transported to its new site in ideally half a day and spread across the new area of land. The freshness of this hay is key and can unlock the potential of the orchid seeds establishing, alongside an abundance of other beautiful wildflowers. 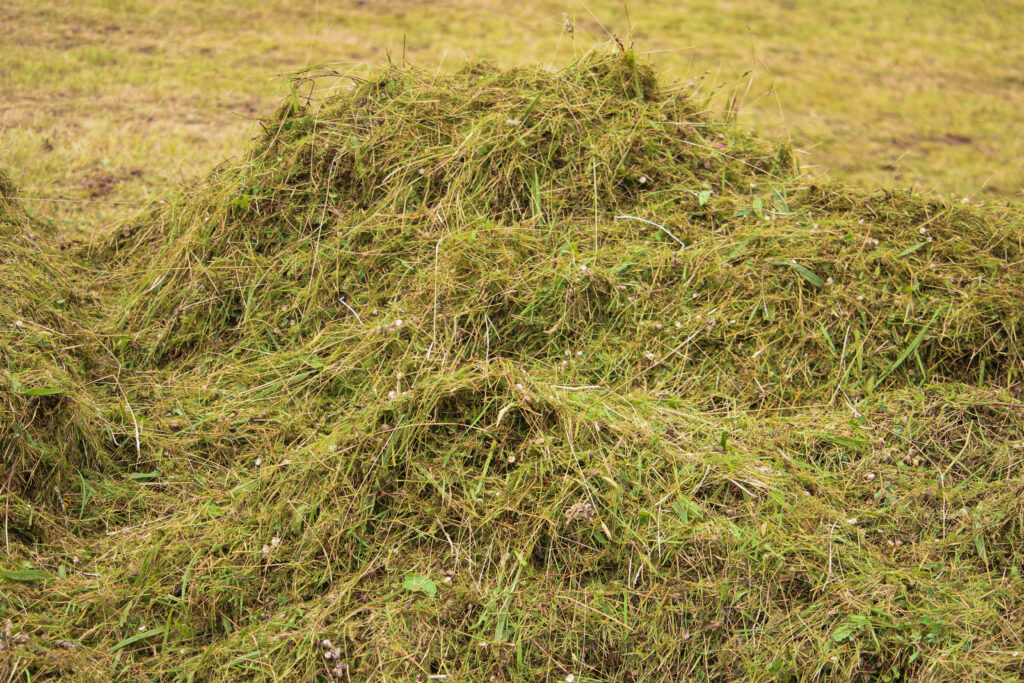 These wildflowers include black knapweed (Centaurea nigra) which has a purple, thistle-like flower head, and heath spotted orchid (Dactylorhiza maculata) which has a pale-coloured flower with purple spotting along the petals. As a child, I used to go on ‘orchid hunts’ and finding these orchids was always the cause of huge excitement. 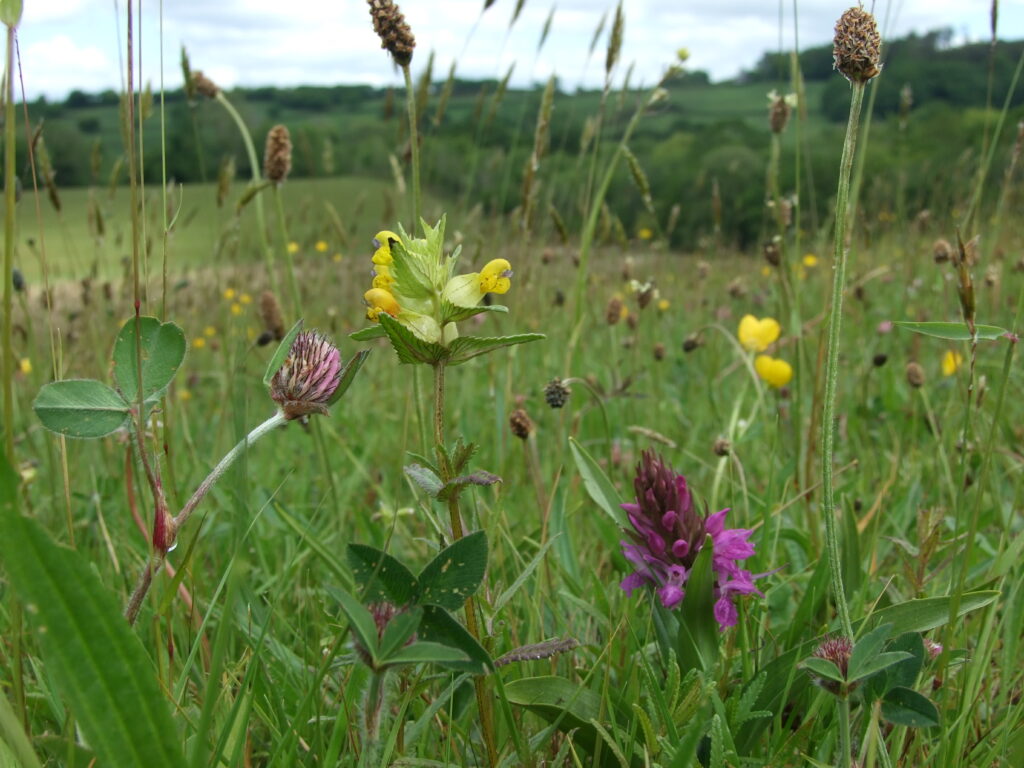 Yellow-coloured wildflowers in this field include cat’s ear (Hypochaeris radicata) adding a burst of colour in the middle of summer, alongside yellow rattle (Rhinanthus minor), a crucial ingredient to any meadow in the making. Yellow rattle seed is abundant in this field. It is so called because, when you move a dried seed head, they rattle – a comforting sound as you walk through the swathes of wildflowers. They are called ‘meadow makers’ as they are semi-parasitic and gain much of their nutrients from surrounding grasses. Grasses can easily out compete the wildflowers so semi-parasitic plants play a crucial role in the long-term establishment of meadows. 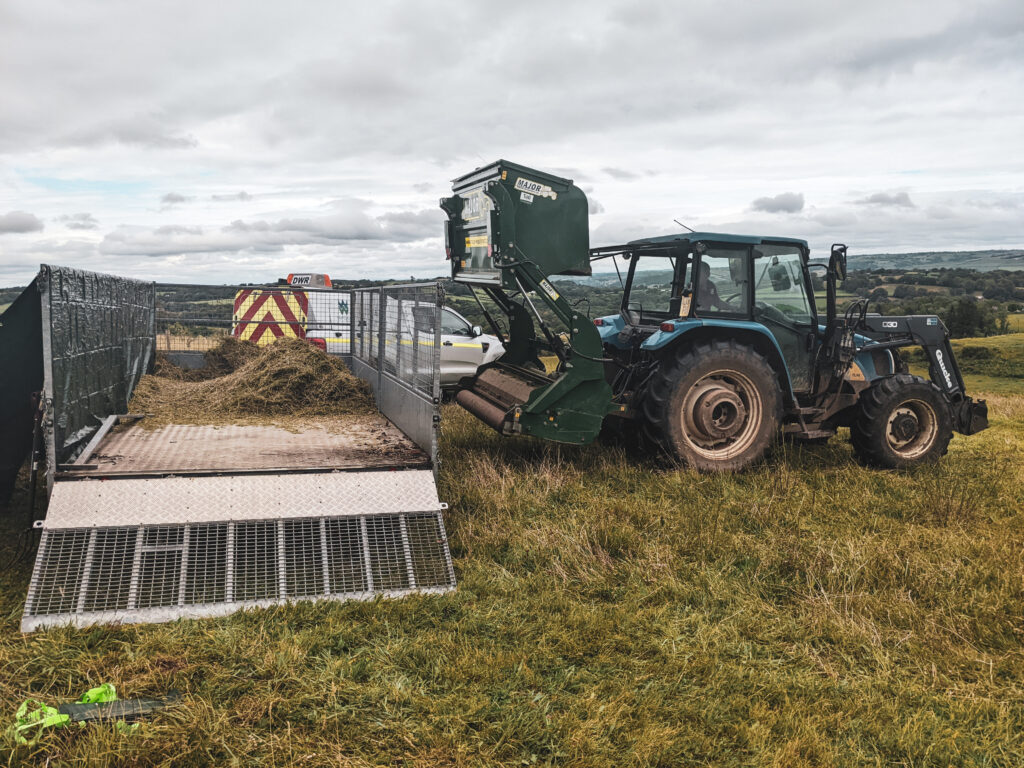 Our farm manager, Huw used two cutters for the meadow; one in the photo called the ‘Green Bee’ and another for cutting larger amounts. We packed it into the trailer to maximize the amount of green hay and seed.

Once Dŵr Cymru-Welsh Water had spread it onto their field, the rain fell which is a good way for the seed to be settled onto the soil surface. The seed needs to be in contact with soil in order to germinate well and often heavy rainfall can do just that. Green hay is a great way to get fresh seed onto a site, allowing the quicker establishment of orchids and other rare wildflowers.

Over my time in the Botanic Garden, I have increasingly grown to love wildflowers. Appreciating their simple beauty and the benefits they provide for pollinating insects that are so beneficial for habitats to thrive.

Flowerpot Podcast – The One with Patrick Daniell