December was an exciting month for our orchard development project! 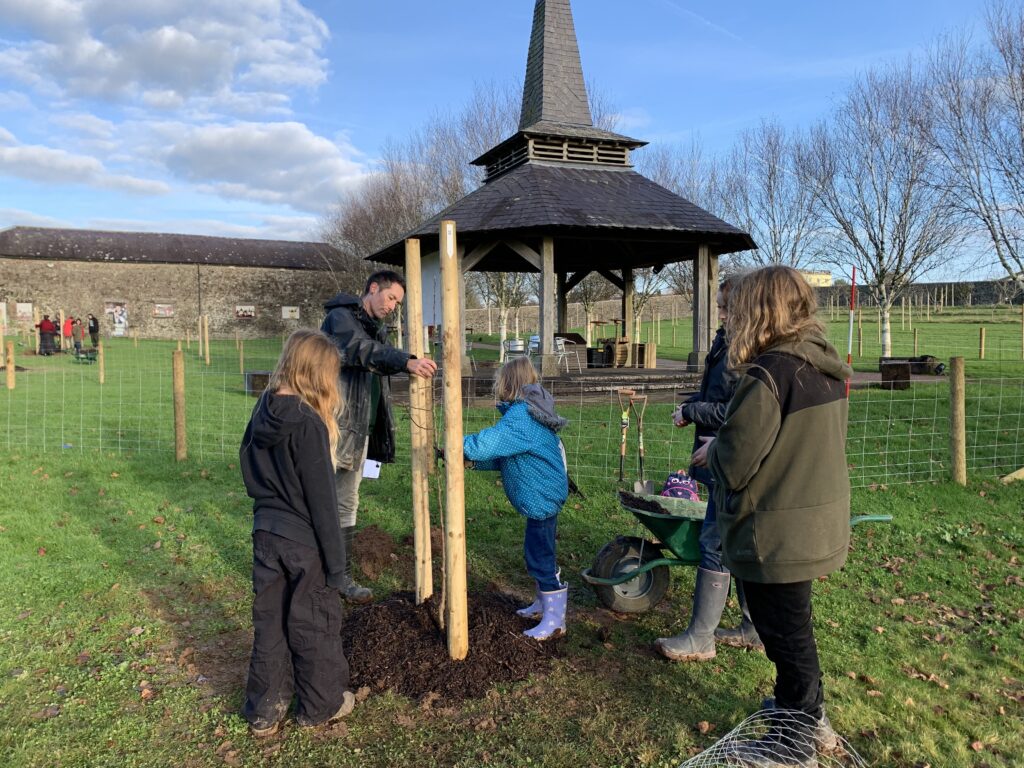 An entire half of the orchard has been planted by community members from the surrounding area. With this involvement from the community, the National Botanic Garden of Wales is helping to revive a rich history of Welsh apple cultivation that dates back to medieval times.

Although the ancestral origins of the apple (Malus domestica) trace back to Kazakhstan, along the Silk Road, it was soon cultivated in temperate regions throughout the Northern hemisphere, including Wales.  Mentions of apple cultivation in Wales appear as early as the 10th century and laws from that period highlight how valuable apples were at the time.  The laws of the Hywel Dda state that a single apple tree had the same worth as 15 pigs or 60 lambs.  Apples were widely cultivated throughout the entire country, with medieval Welsh poetry describing the orchards found in princes’ courts across the land.

Over this long history, Wales cultivated many unique apple varieties with some equally unique names, including Trwyn Mochyn, which translates as Anglesey pig snout, and Tin yr Gwydd, which translates as goose’s arse. Memorable names aside, Welsh apple varieties are also significant because they were bred to grow specifically in Wales and are suited to the climate as well as being more disease resistant.

Sadly, many of these Welsh heritage varieties were lost to the push to standardize apples for size and sweetness that occurred after World War II. Orchards were standardized along with the apples and traditional practices of orchard management fell by the wayside. Traditional orchards located in Monmouthshire, northeast Wales, and the Tywi and Wye river valleys either fell into disuse or were commercialized to produce standardized varieties of apples.

There has been a revival of interest in Welsh heritage apple varieties in recent years. The National Botanic Garden of Wales has been part of that revival with the initial establishment of our heritage orchard in 2013. Now, by expanding the orchard and involving the community in the project, we hope to share the area’s rich history of apple cultivation with a wider community and maximise its potential for research and conservation.

Volunteers from the Swansea Bay Health Board and several home education groups have come to help us expand our orchard and, in the process, have become a part of the long history of apple cultivation in Wales. These groups are the first of many groups from the local community that will be coming in to plant trees, learn about how a traditional orchard is managed, and learn about the history of apple cultivation in Wales.

As our orchard becomes more established in the coming years, we hope to pass along the knowledge gained to other community groups who may be interested in creating a traditional orchard or growing Welsh heritage apple varieties, keeping the knowledge and tradition of apple cultivation in Wales moving between generations.