Bob conjures up another fascinating story based on objects in our Apothecary’s Hall.

The Cyanide Treatment Box in the Apothecary’s Hall   (opposite counter, floor level cabinet, ) is believed to be from a local,  South Wales, factory.

The case contains instructions on using breathing oxygen via a mask, which would have been in the same area as the Treatment Boxes,  and would also have had various stimulants to increase heart rate,  and large amounts of sugar compounds (mainly Dextrose) for injection.   The Cyanide compounds break down and form safe links with the sugar  compounds.

Although most of us associate the word “Cyanide” with poisonous compounds, to some chemists it refers to the Cyanide “Ion” which is Carbon and Nitrogen bonded in a particular way, and is a building block for many non poisonous compounds.

The  Cyanide ion is believed to be essential for building amino acids, which are essential for life, and is one of the materials that NASA is searching for on distant objects such as comets.

The Mad Monk Rasputin was allegedly first unsuccessfully poisoned by his assassins, with large amounts of hydrogen cyanide  ( Prussic Acid) in cake and Madeira wine.  One theory regarding how he survived this attempt, before being shot, beaten, then drowned, is that the sugar contents of the cake and wine safely absorbed the cyanide.  He may well have had a lot of sweet Madeira wine inside him before the poison attempt.

Cyanide compounds appear in many plants, such as unripe elderberries, laurels,  and seeds of many fruit such as apples and cherries

I am occasionally asked if there is a simple way of making Hydrogen Cyanide.  I answer, ” Smoke a cigarette!”. 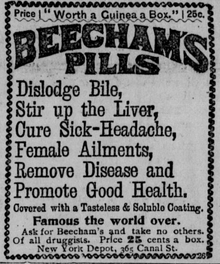