I have learned so much during my residency here at the National Botanic Garden of Wales and one of the overwhelming feeling I am left with is how intelligent plants are. 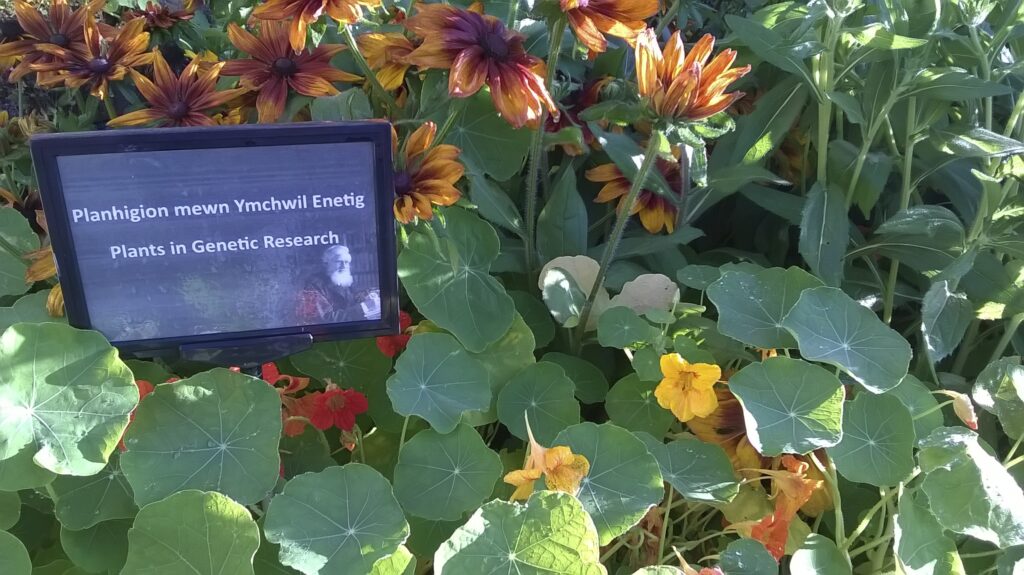 As serendipity has it a French friend, based on the vague notion that I was doing some research in a botanic garden in Wales, sent me an article from the French newspaper, Le Monde, called Plants –Those Great Communicators (my translation). The reception of this article couldn’t have been more timely. I have learned so much during my residency here at the National Botanic Garden of Wales and one of the overwhelming feeling I am left with is how intelligent plants are.

The Le Monde article highlights and confirms how new, but also how controversial this idea of plant intelligence is amongst scientists. Whilst many claim that plants can not be intelligent since they don’t have a brain or neurones, other argue that since plants communicate amongst themselves and with insects, produce and emit electric signals (which puzzles scientists) and display elaborate processes of information, memory and problem solving thanks to their extraordinary sensorial capacity, this can be equated to a form of intelligence. The article mentions an Italian scientist called Stefano Mancuso, who has created the International Laboratory of Vegetal Neurobiology near Florence and recently published a book in English, called Brilliant Green (which I am yet to read). There is a brilliant conclusion to the article which intimates that this debate about plant intelligence might contribute to redefine what we mean by human intelligence.

My own conclusion is: do not underestimate plants – anyone who thinks they are boring, passive, superfluous decorative objects can think again. They have preceded us and will no doubt survive us. In her letter to me, accompanying the article, my French friend, who happens to be a Psychologist by profession, wrote: ‘Finalement, tout est dans la communication, meaning ‘Everything goes back to communication’.