The ivy is out in flower, it is covered in bees and hoverflies taking advantage of the September sunshine and topping up their nectar stores. 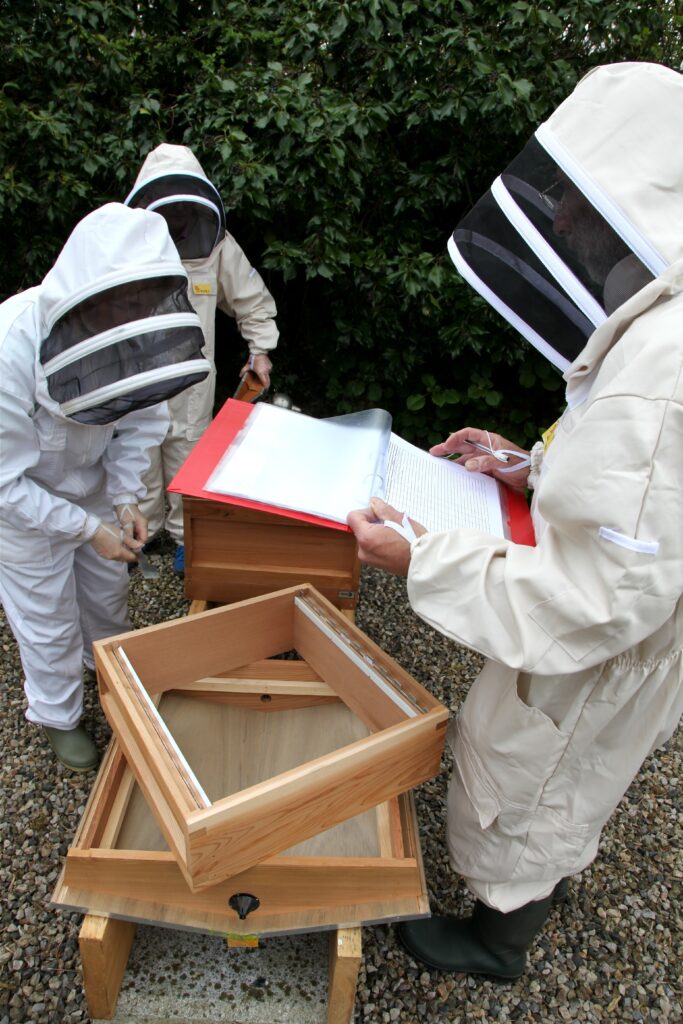 The ivy is out in flower, it is covered in bees and hoverflies taking advantage of the September sunshine and topping up their nectar stores.

The sedums are out in the Double Walled Garden and are covered in pollinators. This is such a good plant for wildlife and another welcome boost to the bees to help with their late season preparations.

Let’s hope this lovely spell of sunny weather lasts for the next couple of weeks to allow the bees to take advantage of the autumn forage.

At this time of the year, we are consolidating hives and making sure colonies are strong enough to have the best chance of getting through the winter.
The late swarm has successfully mated and the queen is laying really well.

We have united this colony with another that had become queen-less but was full of bees so hopefully we have given them the best chance to get through to the spring.

Another colony that we united last week has been successful. We have consolidated the boxes down to one brood box with a shallow box of stores. This now has plenty of bees, brood and food, so the outlook for these bees is much better now.

Our main apiary had been treated for varroa mites a few weeks ago and has now been checked for the mite drop again, which appears to be near zero.

In the teaching apiary, the mite count had appeared to be low last month so we did not treat but, on further checking, their mite count seems to have shot up. So, as a precaution we have used a different method of oxalic vaporisation to knock the mites down. If we did not knock the varroa down, they would feed on the adult winter bees and weaken them so that they may not be able to survive through the long winter months.

This treatment will have to be repeated for three weeks as there is sealed brood in each hive. The vapour cannot penetrate the sealed combs and the varroa will emerge from the brood cells as the young bees hatch. This is why we have to repeat the treatment to try to reduce the mites to give the colonies the best chance of success going into the winter.