An update on the Bee Garden by Growing the Future’s Ecosystems Trainer, Lynda Christie 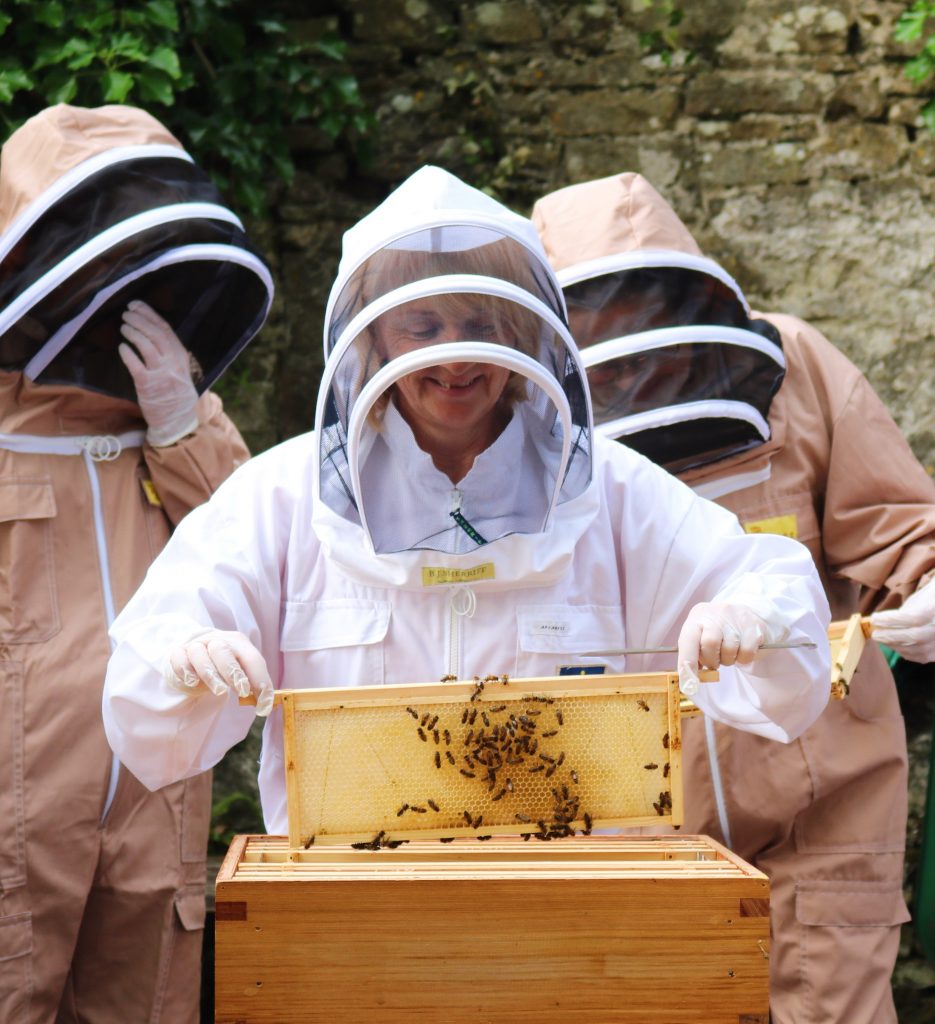 It’s been an incredibly busy year for Lynda Christie, Growing the Future’s Ecosystems Trainer and Head Beekeeper for the Botanic Garden, from running her beekeeping courses to managing the Garden’s apiaries with the help of her fab team of volunteer beekeepers.  Here, she gives an update on the Bee Garden and her exciting plans for 2019.

There are currently 15 colonies of honeybees in three apiaries in the grounds of the Botanic Garden. A Main Apiary within the visitor area, a 2nd apiary for honey sampling and training and a Nursery Apiary in the Science Wildlife Garden for introduction of new colonies and further training of beekeepers.

During the mild autumn and now into winter, myself and the beekeeping volunteers have been monitoring our bees to ensure that they have all they need to take them through to the spring.  Each colony has had oxalic treatments to reduce the amount of varroa mites within the colonies so that the winter bees are strong and healthy and are not weakened by high mite levels which could lead to the demise of the colony.

This winter has been very mild, so far, and much warmer than expected.  The bees have been seen flying on fine days, mostly for cleansing flights, however, honeybees will scout for any available winter flowering plants to forage on to replenish their stores.  In late autumn to early winter there were the remains of the ivy flowers, mahonia and gorse and late winter to early spring they have been seen foraging on snowdrops and spring crocus along the Broadwalk, Erica’s in the Wallace Garden and on Hellebores in the Double Walled Garden and Apothecary’s Garden. 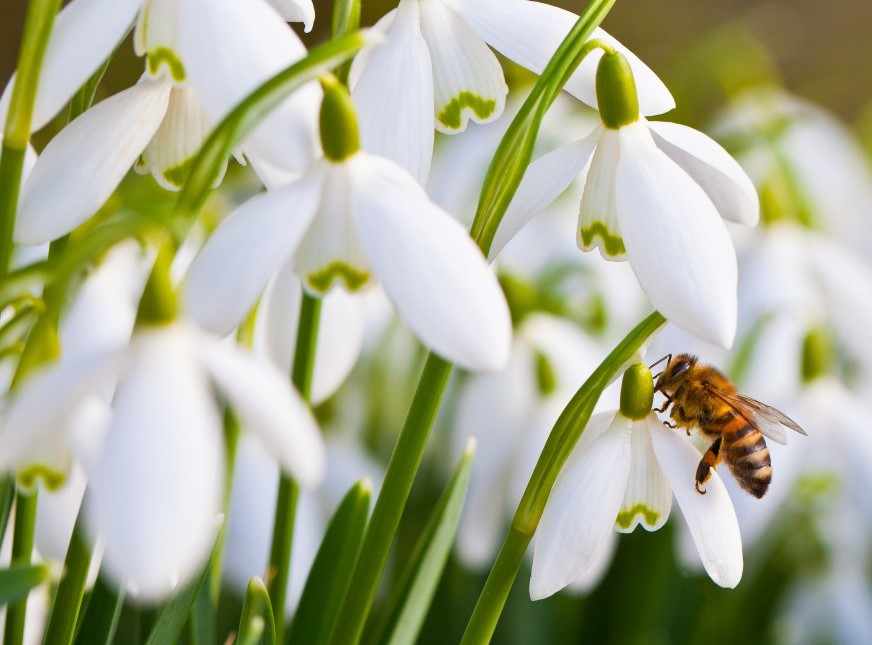 Another consequence of the mild weather is that the Queens have continued to lay eggs so there has been brood in the colonies through the winter months.  This puts a demand on the colony for food as the brood nest needs a temperature of 34˚C to be maintained and the additional mouths to feed depletes the winter stores.  As we come through February and the days become longer and more spring-like, the Queen will be laying an increased amount of brood to build the numbers of bees for the new season. 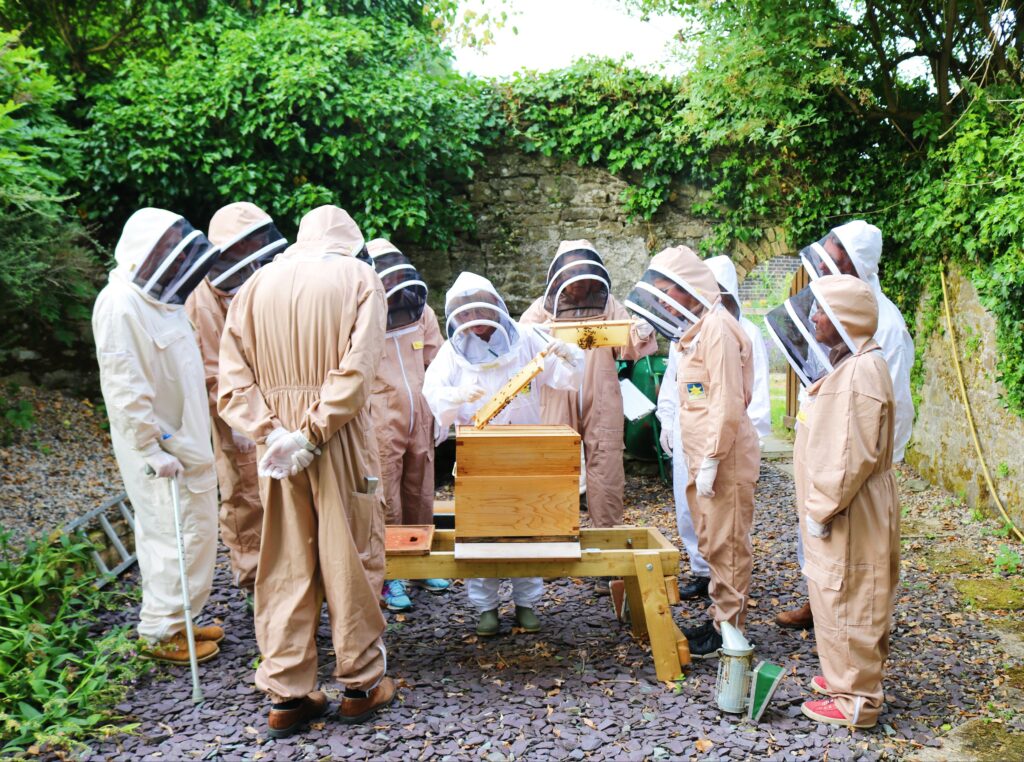 To help the bees we have been regularly checking the weight of the hives and any that appear to be light have had a supplemental feed of fondant to ensure they have enough food to see them through to the abundance of spring.

During 2018 there were plenty of opportunities for the bee team to engage with the public within the Garden, throughout Wales, and at events around the UK.  At the Garden we have been involved with events such as the Pollinator Festival, bee keeping workshops and courses and the Sustainable Christmas event throughout December.  Throughout Wales we have taken our Plants for Pollinators stand and attended bee conferences, country shows and given talks to various groups highlighting the plight of pollinators, ecosystems and the importance of biodiversity.  At the National Honey Show at Sandown Park Racecourse, Surrey, we entered honey, candles and wax exhibits and our science students manned the pollinator stand to promote the research that is ongoing at the Garden.

After the good foraging Summer season of 2018, we were able to take excess honey from some of the hives.  We are currently making preparations to enable the bottling and selling of the Honey through the Garden’s retail outlets.  The honeys have been analysed using DNA bar-coding techniques so that we can say which plants the bees have been foraging on to make the honey.

During the winter months the bee volunteers have been busy tidying the bee stores and shed.  Maintaining the Bee garden and viewing area in preparation for the new season as well as looking after the apiaries.  We are now looking forward to another, hopefully, good foraging season in 2019. 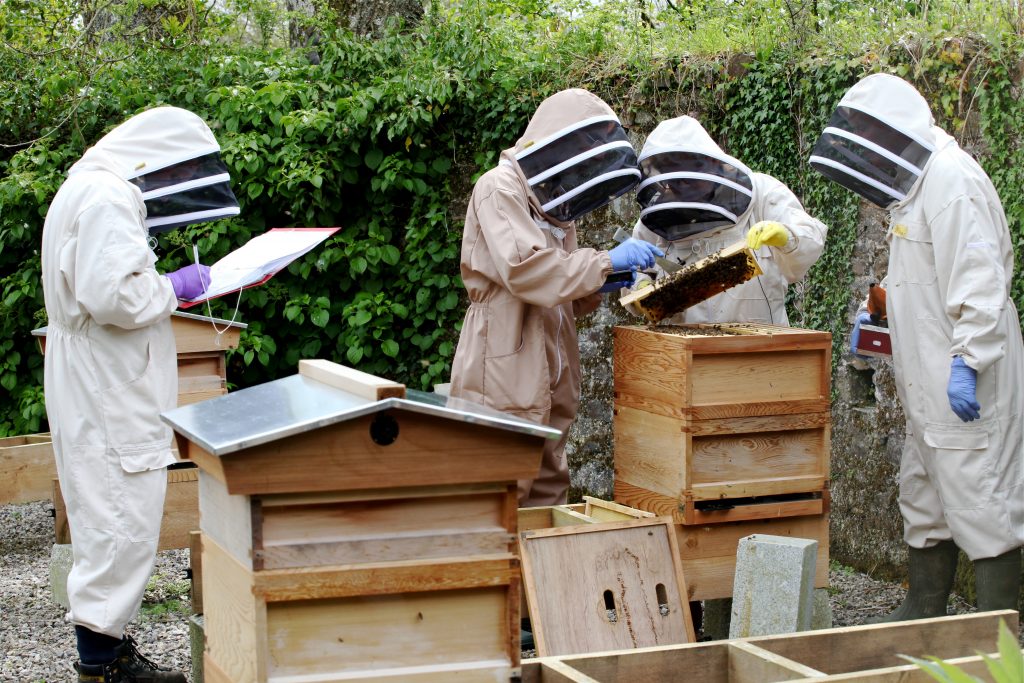 If you’d like to try your hand at beekeeping, the Growing the Future project at the National Botanic Garden of Wales runs a variety of beekeeping courses throughout the year.  These include beekeeping taster sessions, cosmetics courses, plus practical and theory classes.  For more information, please visit the Growing the Future page on the Garden’s website, call 01558 667150 or email gtf@gardenofwales.org.uk.