On my drive to work, I noticed that the daffodils in the hedgebanks of Llanarthne village seemed to be flowering early this year. 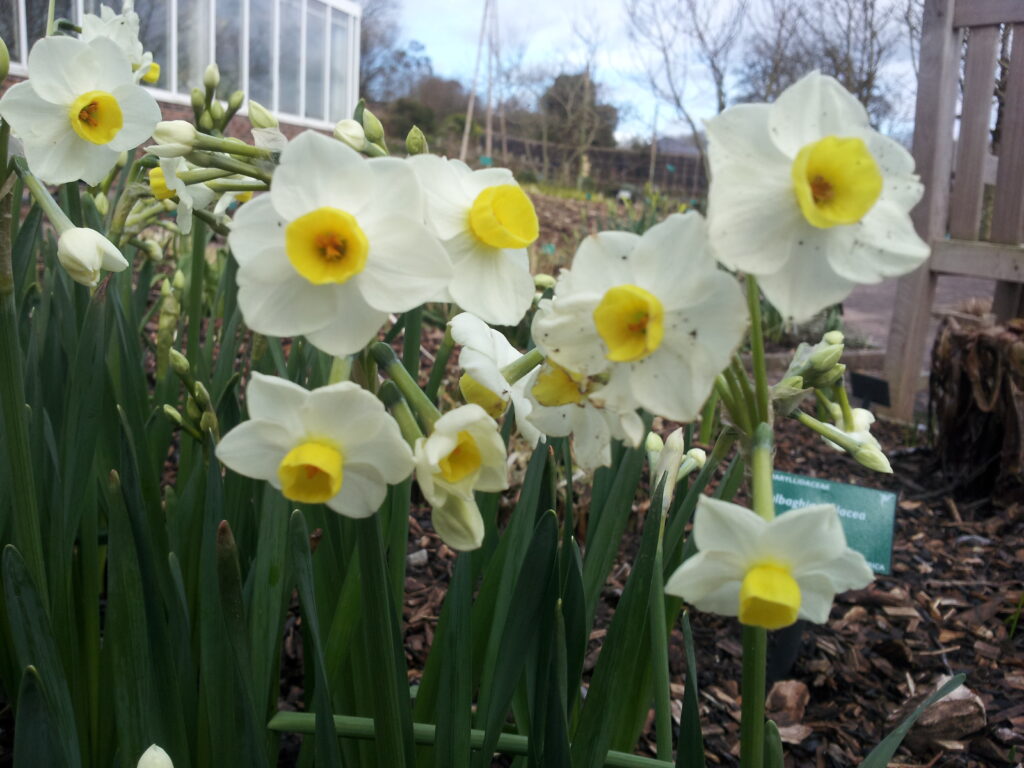 One of the benefits of working in a botanic garden is that my geeky tendencies can come in handy.

Since I came to work in the Garden in 2003, I’ve been making a note of when certain plants come into flower, and trees into leaf. It’s not scientifically rigorous but every year I enjoy looking and trying to work out why coltsfoot might be flowering late, oak is leafing before ash, how long it takes for all the bluebells to come out and when willow releases its fluffy seeds into the wind.

The reason may seem obvious – it’s been so mild this winter. But has all the rain had an effect too? I don’t know. But I do know that the weather didn’t have much effect on the flowering time of snowdrops this year – they came out just a day or two earlier than usual.

So why haven’t I talked about daffodils in the Garden so far? We have over 50 varieties here. Some, such as Narcissus ‘Early Sensation’ or Narcissus ‘February Gold’, flower as their names suggest, in February or even earlier. Our gardeners are also planting new varieties and removing old daffodils every year, so there’s not too much reliable consistency in flowering times. This keeps me on my toes as I like to create a daffodil trail for Daffodil Month every year. This year, the new highlight for me is Narcissus ‘Avalanche’ which Martin has planted in the Double Walled Garden. Its beautiful white and lemon flowers emit a lovely sweet scent which I implore you to go and smell. It’s out in flower now but for how much longer? I don’t know but I’ll probably make a note of it.