It’s like a jungle out there! Growth spurt means an early start for Botanic Garden beekeeper Lynda Christie 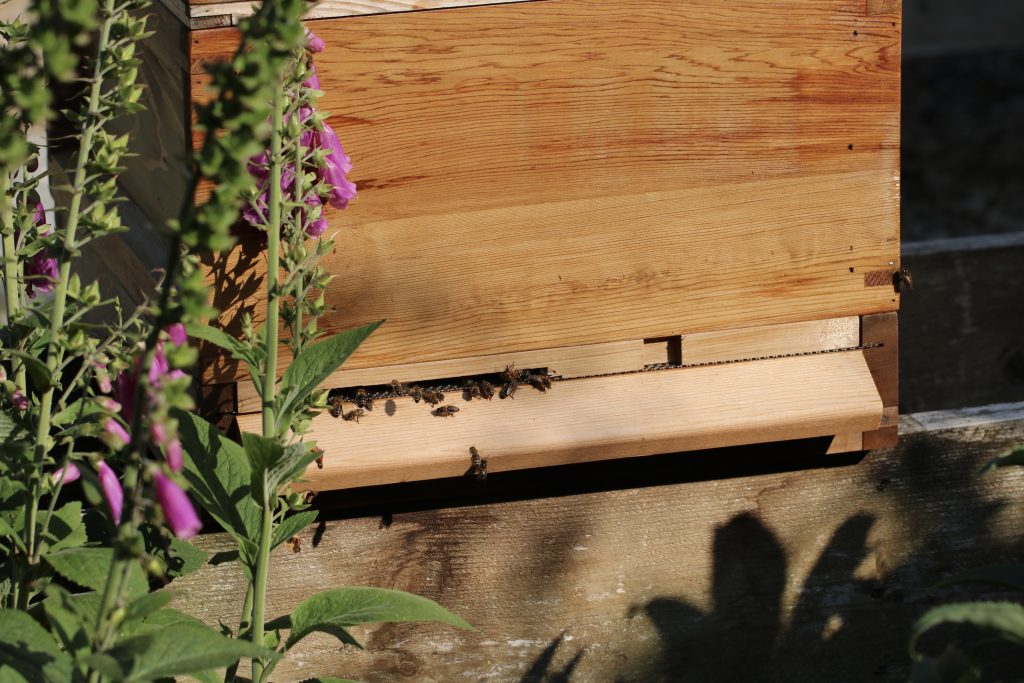 After the thunderstorms and rain of the previous week, the Garden has had a good watering and the nectar is starting to flow.

The bees have been foraging on the rosebay willow herb and the brambles are giving up their bounty.

This was very evident this week as the worry about lack of stores seems to have dissipated, at last!

Many hives had to have extra boxes added to enable the bees to process the incoming nectar into honey.

In the Apiary Garden, the plants have had a growth spurt and were starting to look like a jungle so action had to be taken. We made an early start as the weather was predicted to get crazily hot. Strimming was completed by 7.30am and the bees were left to calm down before apiary inspections commenced.

Bees are really not keen on the noise or vibration of the strimmer so it is best to do these jobs very early (or very late) in the day to cause as little disturbance as possible.

I am pleased to report that the hives in the main apiary that seemed a little slow to build up are now getting back on track and showing signs of promise.

In the Science Apiary, the new queens that had been seen the previous week and that I had intended to mark this time were very elusive. As the day was hotting up, they were scarpering to the dark recesses of the hive before I could catch them. Best laid plans and all that. Hopefully, I’ll get them next time!

Most colonies should be over their swarming and making increase activities as we come to the end of June.

As we go into July, the new queens that have been mated and starting to lay will be evaluated to see if they are up to scratch and plans will be made about uniting colonies or re-queening others as the season progresses.

Although, the colonies that had complete comb change at the start of the year may still decide to make increase, so we will still have to be on our toes and keep an eye on these for later signs of swarming.

Drinking plenty of water and keeping hydrated and staying as much in the shade as possible was the order of the day as beekeeping at 30 degrees Celsius is not recommended. I’m glad I had an early start.