The red sap of the dragon tree was used by the Guanches, the original natives of the Canary Islands, to mummify their dead before interring them in caves.

As this unusual substance was thought to contain various medicinal & magical properties, it became a major export to Europe & Africa medicinal markets. 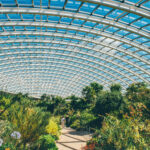