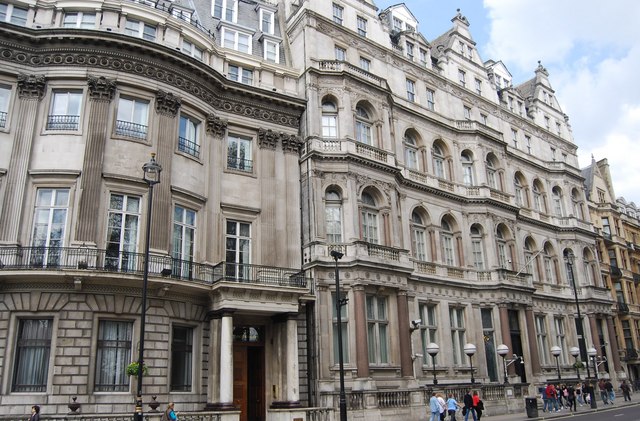 We have just celebrated the re-opening of our beautiful, tranquil and inspiring Japanese Garden. The rains were held at bay whilst the Japanese Ambassador, H.E. Koji Tsuruoka officially opened our restored Japanese Garden on 4th June.

But what has this to do with Sir William Paxton, the creator of the Garden’s Regency Waterpark estate?

As a typical true gentleman of the time, Paxton owned a London home where he would reside when conducting his business or attending Parliament. This home was 24 Piccadilly and Paxton may have owned this property from as early as 1800. Correspondence testifies he was certainly there in 1806.

In 1820, Paxton purchased 104 Piccadilly which was evidently a much better property as it overlooked Green Park and this was his London home until his death in 1824.

In the interceding years, the building became the home of Sir Stamford Raffles, the founder of Singapore and British Malaya and later became the Junior Constitutional Gentlemen’s Club in 1982.

165 years following the death of Paxton and the sale of his London home, 101-104 Piccadilly became the premises of the Japanese embassy.

The Japanese Ambassador at the time, Kazuo Chiba told the press ‘When you are building inside a façade what is a Victorian / Edwardian as that of our new building, it is only right that parts of the interior should be complimentary to the outside.’

What elements of the building remain as they were during Paxton’s time? What are the Georgian traces which can still be found therein? One can only wonder!

At the opening of the embassy in its new premises, Ambassador Chiba described it as ‘a new presence for Japanese culture in British society’. And added that it would enable ‘a level of cultural output that far exceeds what was possible at the old premises in the Grosvenor Square area’.

One wonders if Ambassador Chiba was aware that one of the former owners and residents of the building, Sir William Paxton was responsible for the advancement of business and tourism in the eighteenth century; which has consequently led to the advancement of cultural heritage today as our project testifies with the Restoration of one of the finest Regency Waterpark Landscapes of the eighteenth century.

Step back in time to the Regency Period. Cake, croquet and crafting. Picnic in Paxton’s Garden.