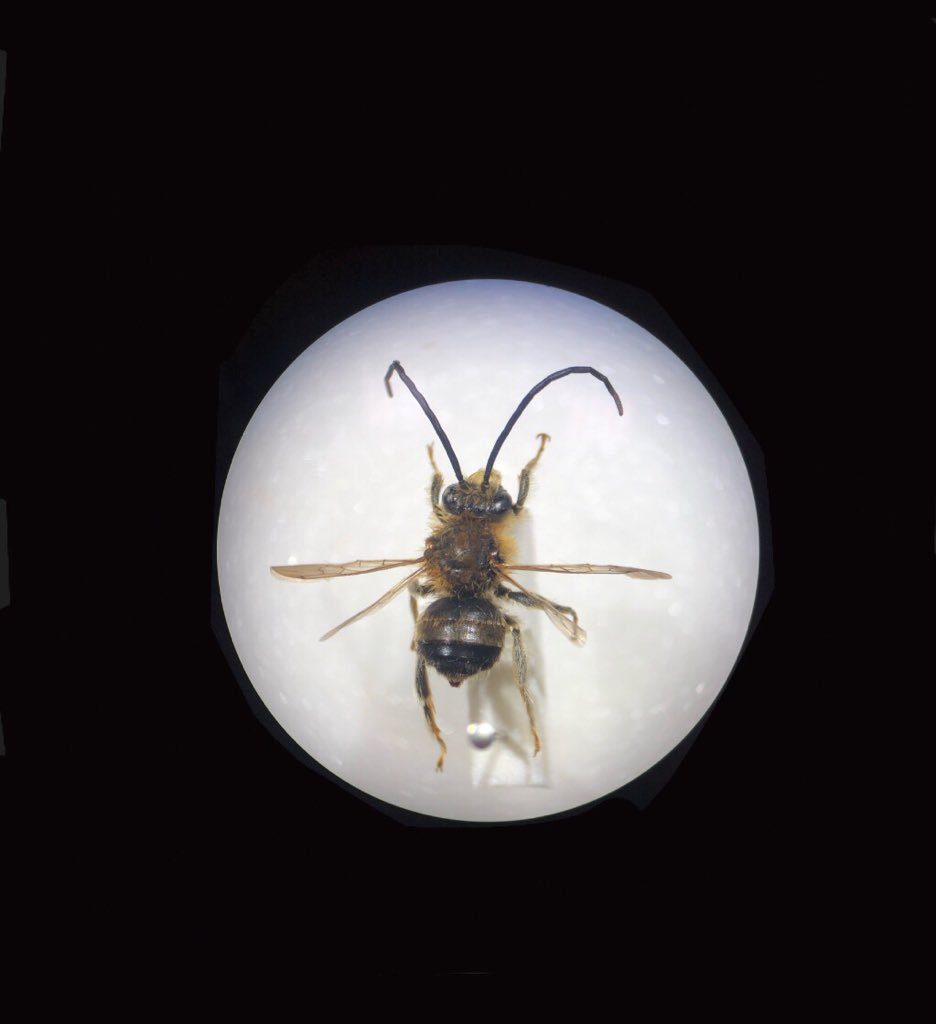 Males of this species are one of our most easily distinguishable bees, with their exceptionally long antennae. The long-horned bee is one of Britain’s most declined bees, losing huge areas of its previous range within the last century due to the loss of unimproved, legume-rich habitat it requires. Favoured plants of this bee include meadow vetchling (Lathyrus pratensis), everlasting pea (Lathyrus latifolius) and bird’s-foot trefoils (Lotus spp.). Although a solitary bee, they usually nest in aggregations within bare ground on south-facing slopes. This bee is usually found in coastal regions such as Rhossili Bay and Kenfig Burrows and was last seen in Carmarthenshire in 2005 until it was found in July at the Garden by PhD student Abigail Lowe. This suggests that this bee may be under-recorded in some areas.

SO excited to record a male Eucera longicornis at @walesbotanic. A Section 7 species this bee is one of Britain’s most declined bees and was last recorded in Carmarthenshire in 2005. (Photo for reference: credit @olds_liam) pic.twitter.com/2E2Y8EGxvP

To find out more about our pollinators, come join our Pollinator Festival, August 24-26 2019.

All about Bee Hotels and how to make your own!

Farming and Wildlife in August