New Chair of the Board of Trustees 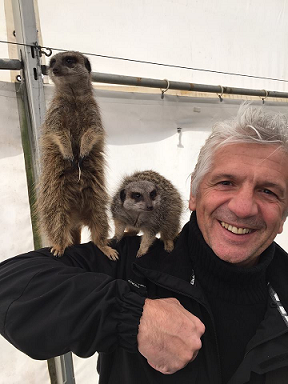 A native of Carmarthenshire and first-language Welsh speaker, Gary Davies, is the new Chair of the Board of Trustees at one of Wales’ most popular visitor destinations and centre of renowned international significance in the fields of scientific research, horticultural and educational programmes.

He takes over from Mumbles-born Rob Jolliffe, who stepped down in June after 10 years in the role.

Gary said he was delighted and honoured to be appointed to the role of Chair: “The ‘Garden of Wales’ is a magnificent attraction with the stunning Great Glasshouse and a centre of excellence for its collections of rare and beautiful plants from around the world – a key partner in Wales’ increasingly important visitor, scientific and botanical economy.’’

Paying tribute to his predecessor, Gary added: ‘’My job is to continue to develop and build on the wonderful work that has gone on under Rob Jolliffe’s leadership and to ensure the organisation rises to the strategic challenges ahead.”

With more than 36 years of senior management roles in the public and private sector, including the National Trust and Welsh Government, Gary knows the Garden very well having been its very first marketing director from 1997-2001 prior to being Chief Executive Officer of the highly acclaimed and award winning South West Wales Tourism Partnership for nearly 15 years followed by a spell as the Gardens’ Interim Chief Executive in 2016.

Earlier this year, Garden staff, volunteers and members were celebrating a 17-year high in visitor numbers.

There is more to celebrate, too. So far this year, visitor numbers are ahead of what was achieved in 2017/18.

Welcoming Gary’s appointment, Director Huw Francis said: “Our Garden is flourishing. With visitor numbers continuing to rise and having generated a small surplus in 2017, the organisation is moving forward with renewed energy.”

Huw added: “This June saw the opening of the British Bird of Prey Centre, which has proved hugely popular with visitors, and followed on from the launch of the Plas Pilipala tropical butterfly house, new children’s play area and a range of family activities. We also have big plans for new and exciting attractions for the future. With support from both the Japanese and Welsh Governments we are renovating the award winning Japanese Garden at the Botanic Garden of Wales, and work is well under way to restore the historic Regency parkland and lakes with funding from the Heritage Lottery Fund and others.”