Welsh scientists piecing together the giant jigsaw puzzle of plant pollination are a step closer to knowing how it all fits, thanks to a new paper by PhD researcher Andrew Lucas 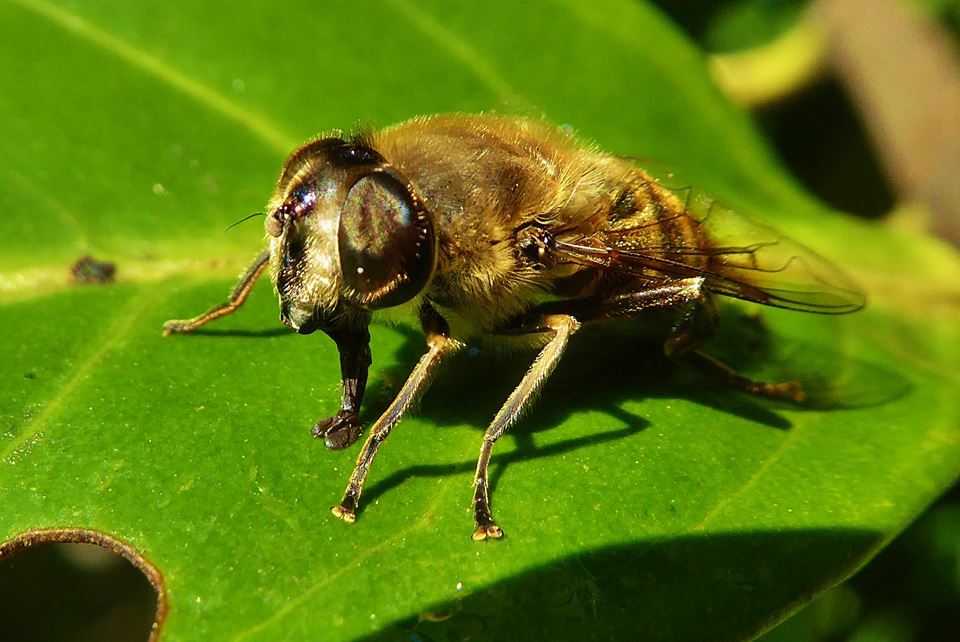 Welsh scientists piecing together the giant jigsaw puzzle of plant pollination are a step closer to knowing how it all fits, thanks to a new paper by PhD researcher Andrew Lucas.

He has spent the past seven years studying a much under-appreciated and regularly mis-identified player in the complex world of pollinators: the hoverfly.

Vital behaviours are revealed in his study, which forms part of the ‘Saving Pollinators’ programme run by the National Botanic Garden of Wales.

Andrew’s paper has been published by the British Ecological Society’s Journal of Animal Ecology.

Dr Natasha de Vere, Head of Science at the Botanic Garden and lead researcher of ‘Saving Pollinators’ says: “This is a great example of Welsh science. It involves co-operation in research between Swansea and Aberystwyth universities, with an international element from Emory University, Atlanta, in the USA. And it has all been led from Carmarthenshire by the National Botanic Garden of Wales.”

The Botanic Garden has a worldwide reputation for its DNA barcoding techniques, which saw Dr de Vere lead the project that made Wales first among nations to DNA barcode all its native flowering plants.

Andrew Lucas takes up the story: “In order to understand their potential role in pollination, we need to know which plants hoverflies visit but it is difficult to tell exactly what a hoverfly is up to by just watching them in the field. A better way to discover what individual hoverflies are doing is by analysing the pollen carried on their bodies. We can identify which plants the pollen belongs to using DNA barcoding techniques in which the Botanic Garden’s science team have become specialists.”

The Saving Pollinators programme focuses on wild pollinators and honey bees and, Dr de Vere is keen to point out, it’s not all about the bees: “There is a vast army of insect pollinators out there and 75 per cent of all our crops are relying on them to work their magic and give us apples, chocolate and coffee to name but a few. This army includes hoverflies, beetles, butterflies, moths and wasps as well as solitary bees, bumblebees and honey bees. Our work is aimed at finding out which plants they visit in order to provide the right conditions so they can have the best chance of survival.”

Andrew studied hoverflies in the group (or ‘genus’) Eristalis – also known as ‘drone flies’. He focused on identifying which plants hoverflies were carrying pollen from in early summer (June) and late summer (August) in plant species-rich Welsh Rhôs pastures, an endangered habitat of conservation importance throughout Europe. He discovered that, while they mostly visited the same 65 different types of plant, individual hoverflies had their particular favourites – and brambles show up as a key plant.

Andrew said: “Hoverflies are harmless but sometimes look a bit like bees as a way of scaring off predators. In fact, if you see a bee in your garden (and it’s not a bumble bee), it may well be a hoverfly – the most mis-identified of insects.”

He added: “We used DNA barcoding to see which plants hoverflies visit. We looked at the pollen on their bodies and used that as a record of what they had been up to.”

The pollen is removed from the hoverfly and then the DNA is extracted from the pollen, analysed and compared to the big barcode Wales reference database.

“Quite how plants get pollinated when pollinators seem to be visiting all different kinds of plants has puzzled scientists for some time. Our research shows that Eristalis species are generalists overall and visit a range of plants but are fussy as individuals. This ensures the pollen gets to the right place.”

Andrew’s research will help to provide the advice to landowners and farmers that species-rich grasslands are important and so are brambly edges.