The campaign to promote Plas Pilipala – the tropical Butterfly House at the National Botanic Garden of Wales – has been honoured with a top prize at the ‘Oscars’ of Wales marketing. 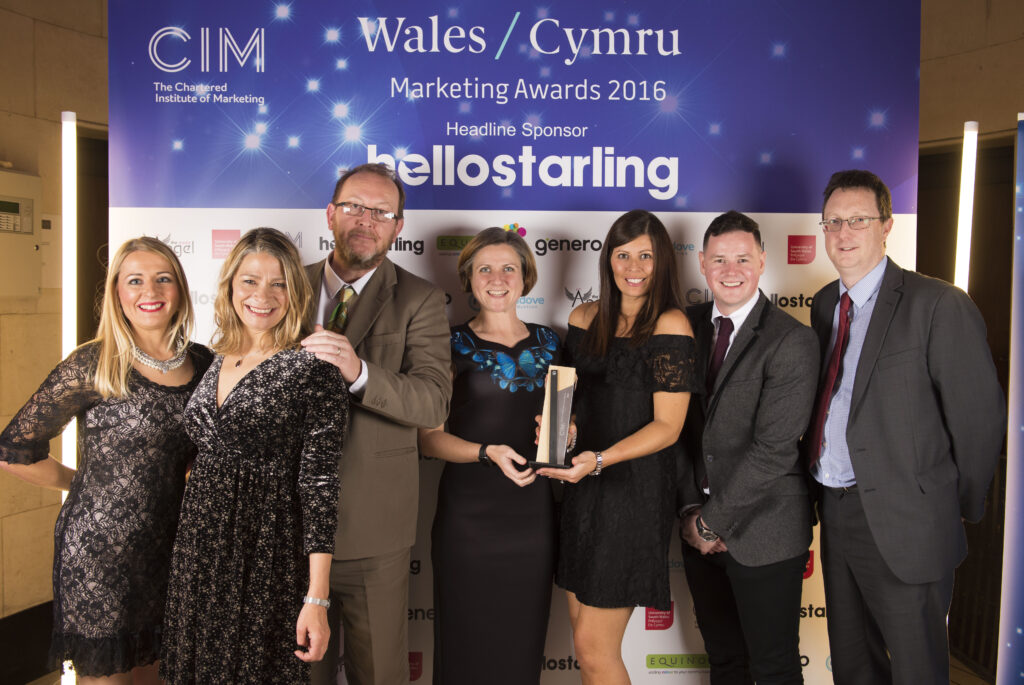 The campaign to promote Plas Pilipala – the tropical Butterfly House at the National Botanic Garden of Wales – has been honoured with a top prize at the ‘Oscars’ of Wales marketing.

It has been named ‘Best Advertising Campaign’ at the 2016 Wales/Cymru Chartered Institute of Marketing Awards. It also finished runners-up in the Best Integrated Campaign category.
The Garden’s director Huw Francis, Head of Science and Education, Dr Natasha de Vere and Head of Marketing David Hardy took to the stage to collect the award along with Alison Debono, Director of The Media Angel advertising agency, who were partners in the campaign and are based in Penarth in The Vale of Glamorgan.
The integrated campaign planned and implemented by the Media Angel included a highly engaging video, on line quiz’s, display, radio and outdoor advertising targeting families with children across South and West Wales. It saw fantastic results across the summer with a 63% uplift in family admissions in August alone.
Mr Hardy said: “It was a fabulous evening and a fantastic accolade for everyone at the Garden. We have a marvellous team here now and every one of them has had a part to play in the planning, design, build, opening, promotion and operation of the Butterfly House. Most importantly, It has been a big hit with our visitors and really turned our fortunes around, numbers wise.”
Garden Director Huw Francis said: “Plas Pilipala is a fascinating and popular attraction and the promotional effort was attractive and effective, contributing immensely to what has been a super season for us. We have really enjoyed tonight but we are not complacent; the work goes on. We are already planning lots more attractions and events to make the National Botanic Garden an unmissable attraction and a wonderful asset for all of Wales.”
He also paid tribute to the Garden team and to the graphic design work by Rebecca Ingleby-Davies, who runs her own design agency based in Llangadog, Carmarthenshire.
The National Botanic Garden of Wales is an hour west of Cardiff, just two minutes from the main M4/A48 dual carriageway.
* CIM’s prestigious Wales Marketing Awards (previously known as Canmol) rewards excellence and celebrates achievements of marketing professionals in Wales giving individuals, teams and organisations the recognition they deserve. The awards ceremony was held on Thursday

This hot and steamy glasshouse is alive with a kaleidoscope of colourful butterflies from across the tropical world.