A new campaign to protect pollinators will end the game of Russian roulette we play every time we buy a plant. For the first time, gardeners are able to buy plants that are guaranteed to be good for bees and other pollinators. 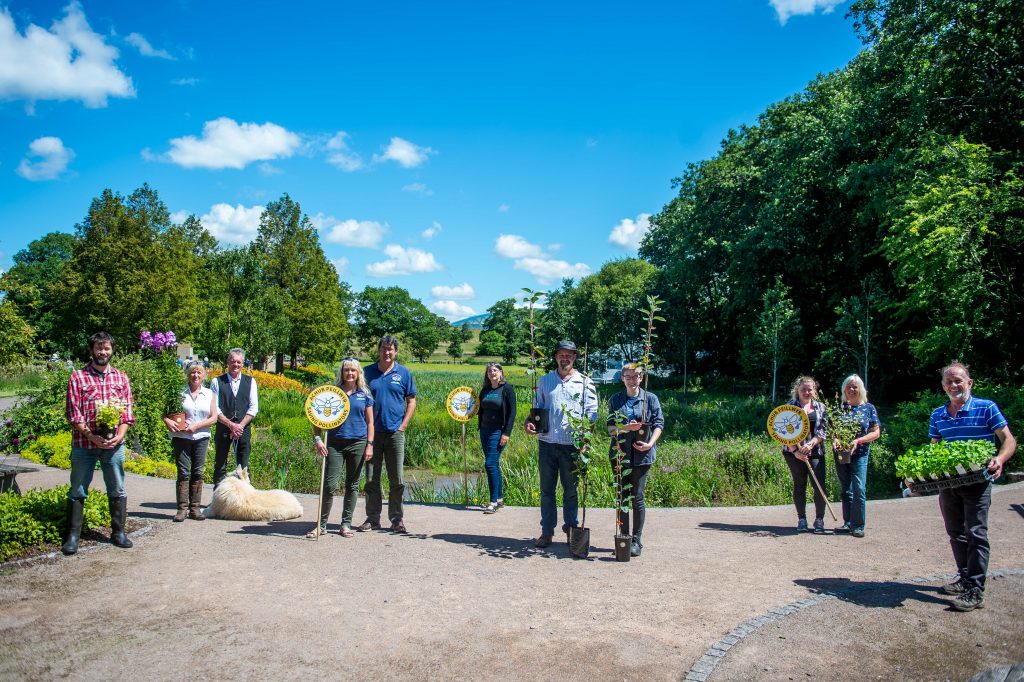 A new campaign to protect pollinators will end the game of Russian roulette we play every time we buy a plant.

For the first time, gardeners are able to buy plants that are guaranteed to be good for bees and other pollinators.

The National Botanic Garden of Wales has launched its Saving Pollinators Assurance Scheme which is uniquely backed by the Garden’s cutting-edge scientific research.

Head of Science, Dr Natasha de Vere explains: “Lockdown has seen a massive growth in gardening with many more people spending extra time and money buying plants to make their gardens more wildlife-friendly, without realising the plants could contain residues of synthetic insecticides that are extremely damaging to pollinators and to our environment.

“There are so many labels out there in garden centres and other stores that advertise plants as being bee-friendly or pollinator-friendly when there is often not much evidence of their benefits.

“A team of scientists here at the Botanic Garden have been using DNA barcoding to investigate which plants honeybees, solitary bees, bumblebees and hoverflies visit. Our new Saving Pollinators Assurance Scheme harnesses this 17 years’ worth of research, and makes its results accessible to gardeners.”

There are already 23 participating growers and specialist nurseries signed up to the scheme and they are using the new ‘Saving Pollinators’ logo. The scheme’s organisers hope the concept could, in the future, be rolled out to other parts of the UK and are calling on the horticulture and garden retail industry to take note.

The Assurance Scheme is being run by the Botanic Garden’s ‘Growing the Future’ project. GTF Science Officer, Dr Kevin McGinn said: “The pollinator plants assured by our scheme are not only backed by scientific evidence but have been sown, grown and nurtured by a range of passionate growers in a peat-free and synthetic-insecticide-free environment. Consumers can be sure that these plants are not only attractive to pollinators but have also been grown in an environmentally sustainable way.”

On the issue of peat, Kevin added: “The use of peat compost is still widespread but its use is very environmentally damaging. Its extraction from the ground destroys precious habitats and allows vast amounts of carbon dioxide to be released, contributing to climate change. Peat also holds enormous amounts of water, so its extraction increases vulnerability to flooding. Our new assurance scheme covers only plants that are grown peat free.”

The drastic worldwide decline in vital pollinating insects is partly caused by the use of neonicotinoids and other pesticides.

Says Dr de Vere: “This new campaign is all about highlighting what gardeners can do to improve the odds for insects but we need a huge awareness-raising campaign about current horticultural practices so consumers are empowered to do the right thing. 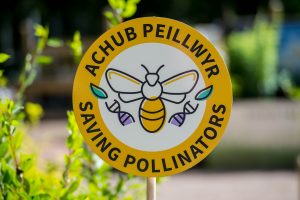 “Look out for our Saving Pollinator Assurance Scheme logo on plants in garden centres and specialist nurseries across Wales, including in the Garden Centre here at the Botanic Garden. It is the only pollinator plant logo in the marketplace that is backed up by science and the only one that assures buyers they have made an environmentally sustainable choice.”