Seismic specialists have been exploring the hidden historic landscape at the National Botanic Garden of Wales to solve a decades-old mystery. 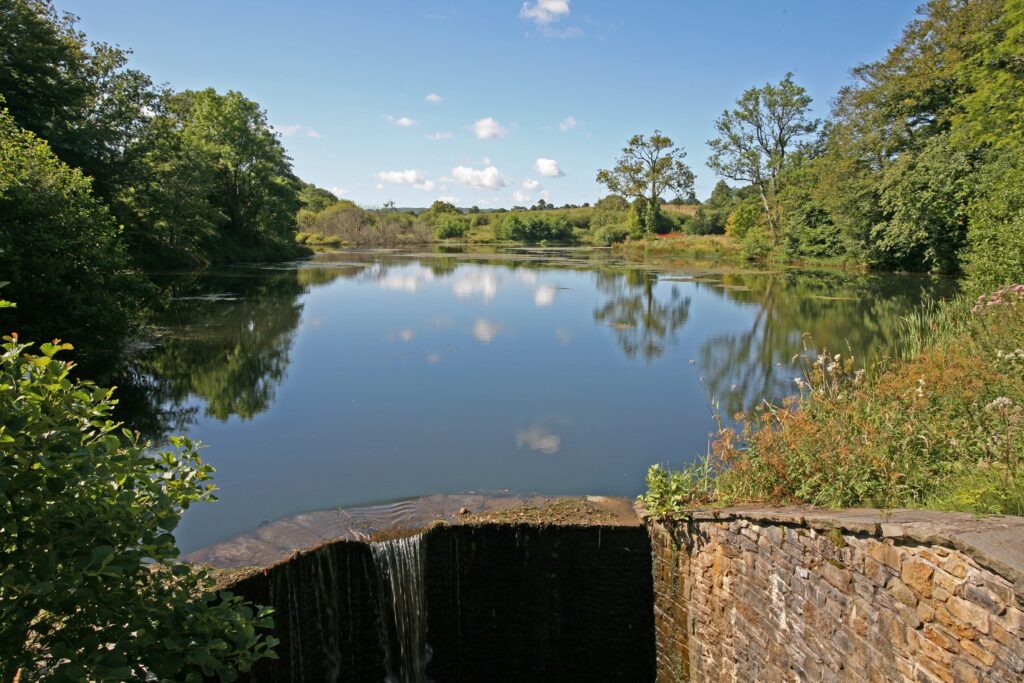 Seismic specialists have been exploring the hidden historic landscape at the National Botanic Garden of Wales to solve a decades-old mystery.

Purpose-built echo-sounding equipment has been developed and is being tested to identify what remains below the surface of the Garden’s lakes
It is hoped that this will give rise to a three-dimensional sub-surface image of what still survives of the landscape from before the lakes were created in the late 18th century.
One of the scientists, who works for London-based Shearwater Geophysical, is Neil Jones. He says: “Normally, this technology is used to generate sub-surface images of the Earth to depths of five kilometres in order to locate oil and gas deposits.
“We’ve basically miniaturised the method to a thousandth of its original scale. This is the first time we’ve used it in fresh water in Britain to create a 3D image of a submerged landscape. We can achieve an incredibly detailed picture of structures beneath the lake silts which are accurate to within centimetres.”
Garden heritage officer Louise Austin said: “This is very exciting. Not only can we begin to build up a clear understanding of the medieval landscape here before the park was re-modelled in the 18thcentury but we might also be able finally to establish whether local folklore is, in fact, true. Sir William Paxton’s Regency mansion was one of the finest Neo-Palladian houses in Wales but was destroyed by fire in the 1930s and, rumour has it, its remains were simply rolled down the hill and disappeared beneath the waters.”
Louise added: “It will be fascinating to see whether any of the columns and porticos are lying there, are still intact and can be recovered.”
Pictured are Neil Jones and Adam Gardiner from Shearwater Geophysical working on the Garden’s lakes