Tributes have been pouring in for David Thomas Davies OBE – known universally as D.T. – who has died at the age of 101 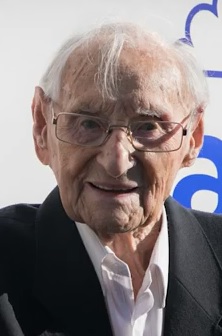 Tributes have been pouring in for David Thomas Davies OBE – known universally as D.T. – who has died at the age of 101.

Described as one of Carmarthenshire’s “great sons” and an “outstanding man”, D.T. was chair of both the former Dyfed County Council and Carmarthenshire Council and played a huge role in the creation of the National Botanic Garden.

William Wilkins, who was the driving force behind the idea of a national garden for Wales and project director in the early years before it opened, described D.T.’s involvement as “crucial”.

“As Leader of Dyfed County Council, he gave strong and steady backing to the project right from the moment that it was first put to the council.

“His support was unwavering through the whole period of the application to the Millennium Commission and without it there is no question that the project would not have come into being.”

Mr Wilkins described how the whole team at County Hall were galvanised by the cause of the Garden: “He encouraged an exceptionally good team at the County Council, particularly the Chief Executive, D.H. Davies, and the County Planning Officer, David Bown, to deploy staff and resources which supported the development of the project and later led the council to its crucial and hugely farsighted decision to gift the estate to the trust.”

Mr Wilkins added: “His interest and commitment to the Garden lasted throughout his life. When I last met him, he inquired after it and expressed his huge pleasure in the wonderful news that I could give him about the progress of the Regency Restoration project.”

To read more about his life and work, visit the Carmarthenshire Council website and read this tribute