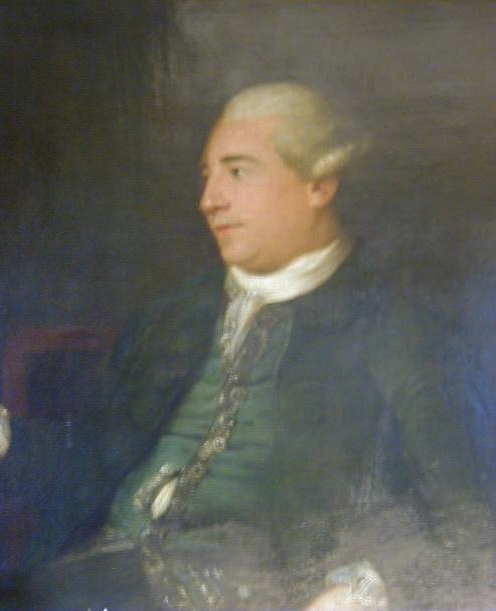 Thirteen years after Middleton hall was sold by the last descended of the Middleton family, William Paxton (later Sir) bought the estate for £40,000. It was he who developed the estate into the Regency Park we are restoring over 200 years ago.

Paxton was born in 1744 in Berwickshire to a modest Scottish family. He joined the navy in his early teens, and, by 42, had amassed a decent fortune. As with the Middletons, Paxton made his fortune through the East India Company as a Free Mariner, climbing the ladder, and becoming the Assay Master (gold and silver coin tester) under Governor-General of the Presidency of Fort William (Calcutta, Bengal), Warren Hastings. In 1788, he then became the Master of the Mint.

However, Paxton had an illegal trading business with the Dutch, and had to flee India in 1785 with his illegitimate daughter in order to save himself from public disgrace after the Anglo Dutch war broke out in 1780.

It was while he was sailing home that Paxton became friends with David Williams, who was also of the East India Company, and promised to visit him in Wales. It is suspected that it was through David that Paxton learned of and bought the Middleton estate. Having almost-certainly heard of the Middletons and their role in the company, it was probably an irresistible opportunity.

Paxton married Ann Dawney in 1786, having 10 children together, as well as the illegitimate daughter from India, Eliza.

The original Middleton hall was demolished by Paxton, and he commissioned Samuel Pepys Cockerell, a renowned architect, to build a new, relocated hall (1793-5). This new mansion was the beginning of Paxton’s conversion of the estate into a major water park. Once the park was complete in 1815, Paxton commissioned Thomas Hornor to create a series of watercolour paintings depicting the splendour of the new estate and its views.

During all of this, Paxton was working on his career in politics, losing an election in 1802 against a Tory member, and taking up the seat for Carmathenshire and was given a knighthood in 1803. He eventually died in 1824, leaving the estate to be sold and the money to be split equally amongst his children. His wife and illegitimate daughter being cared for separately.

One of the finest and most accessible ice houses in Wales