In 2015 I became a volunteer for the Regency Restoration Project as part of the History Group. I have always been fascinated by social history, particularly how people in the past have been catalysts for change. There is often an engrossing story to be told. As time passes the individual may be forgotten, but their legacy quietly remains. I have found Sir William Paxton a fascinating figure. From a modest beginning in Scotland, he became a prominent landowner and MP in Wales after making his fortune in India. This blog entry describes Paxton’s political contribution to Swansea’s industrial heritage.

The World’s first passenger railway was The Oystermouth Railway. It connected Swansea Docks to Oystermouth, with a branch from Blackpill, up the Clyne Valley to Ynys. It took its first fare-paying passengers on 25th March 1807.

An Act of Parliament is needed before construction of a railway can get underway. Paxton, who was then M.P. for Carmarthen, was chairman of a Parliamentary committee in which John Jeffreys, a lawyer and one of the trustees of the railway, presented the petition to Parliament stating the necessity for a railway and improvements to Swansea harbour. Paxton reported the committee’s favourable decision to Parliament and was instrumental in getting the Act passed. On 29th June 1804 the Act received Royal Assent.

Originally the purpose of the railway was to carry coal, minerals and limestone from local mines and quarries to the docks. With the improvements to Swansea harbour, the potential market for these goods could increase. A railway was recognised as the most efficient method for transporting these goods in horse-drawn waggons. The rails helped the heavy waggons move easier and quicker than on a normal road. This was a time before tarmac. A waggon carrying a heavy load would easily get stuck in the mud or damage a wheel on the stony, bumpy roads of that era.

The railway opened in 1806. Due to popular demand, as there was no road along the seafront connecting Swansea to Oystermouth at this time, a regular passenger service commenced on the 25th March 1807. The horse-drawn passenger carriages resembled a stagecoach. A replica coach can be seen in the Tram Shed at Swansea Museum. Interestingly, the Stockton to Darlington Railway also used horse-drawn carriages for passenger services. Even when The Oystermouth Railway was refurbished, extended and reinvented as The Mumbles Railway, horses continued to be used until the mid-1890’s, despite the arrival of steam engines to the line in 1878. Electric trams were introduced to the railway in 1929. These double-decker trams seated 106 passengers, largest tramcars in the UK. Sadly, The Mumbles Railway was closed in 1960.

As a self-made man Paxton, no doubt, recognised the railway’s potential. It improved business opportunities and was at the forefront of technology of the time.

The photo shows the replica horse-drawn carriage which was first used to carry passengers along the Oystermouth Railway. It can be seen at The Tram Shed at Swansea Museum http://www.swanseamuseum.co.uk/visit-swansea-museum/tram-shed 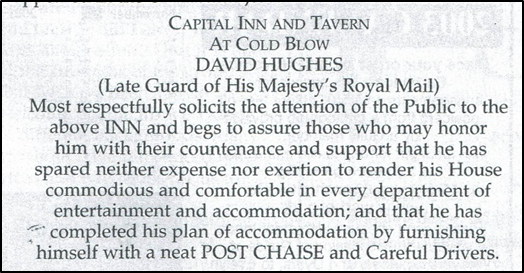