An elusive queen gives Botanic beekeeper Lynda Christie the right royal runaround on the longest day of the year . . . 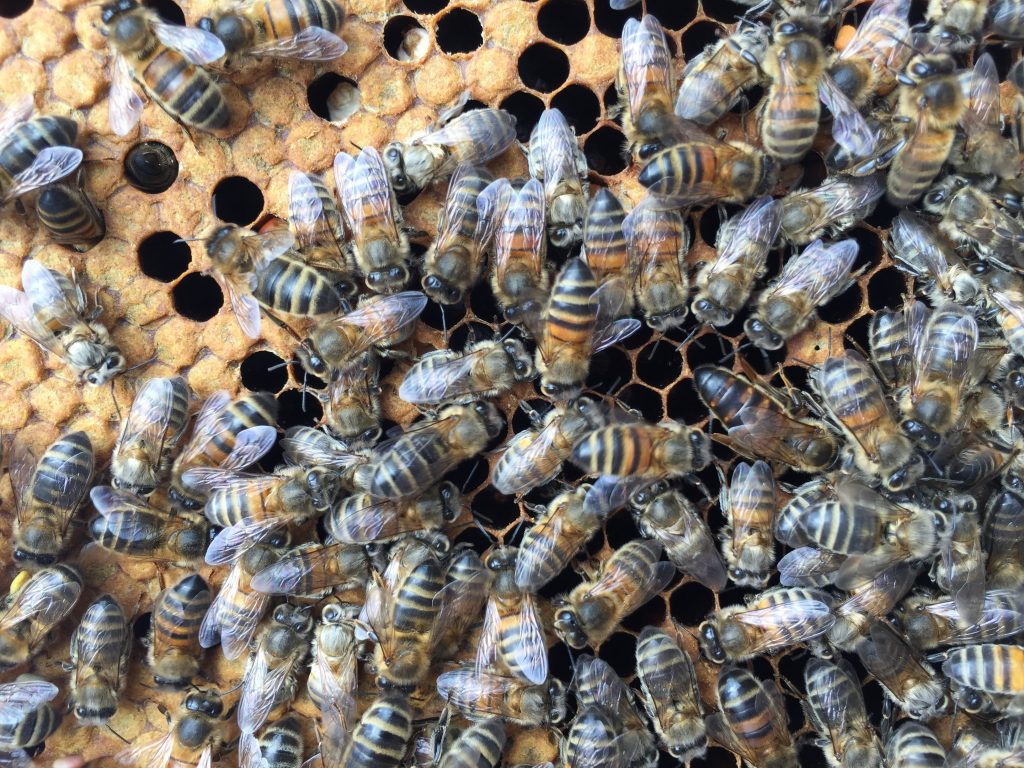 The apiary inspections have been delayed by a couple of days this week due to the thunderstorms and windy weather.
Bees do not generally take too kindly to their hives being opened when there is an impending storm, so it is wise to delay if at all possible.
Inspections fell this week on the Solstice; the longest day of the year gives us plenty of time to do our work.
The Double Walled Garden is coming into full bloom with the honeybees working the Nepeta, hardy geraniums and Scabiosa, and the bumbles were enjoying the Viper’s Bugloss.
Mid-June, we are still keeping a look-out for signs of swarming as the bees can still be sneaky and hide queen cells, so it pays to be extra vigilant when we do our inspections. 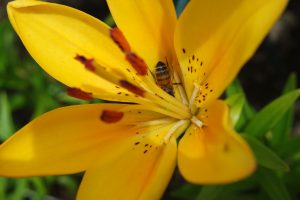 One of the hives in the main apiary had produced many queen cells, so action was needed to prevent losing half the colony. We had checked this colony before to see if we needed to do any swarm prevention but must have missed the signs previously.
Even the most experience beekeeper can be caught out by the bees, I’m sure they are testing me to make me a better beekeeper!
The colonies that we were waiting for the virgin queens to mate and showing signs of laying new brood were checked carefully and laying queens were marked, although one was a runner and got away before I could get her in the queen catcher. 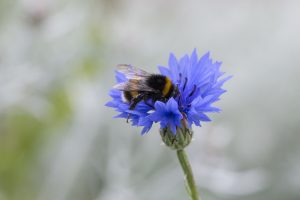 My hands were a bit sticky from the previous colony that had stuck their hive together with lots of propolis (a brown, sticky substance made from tree resin that bees use to stick the hive parts together, as a disinfectant in the hive and for lining brood cells). I didn’t want to grab at her as I was worried about damaging her, so I will have to get her next time.
Reminder to self: change gloves when hands become sticky.
All in all, it was worth waiting a couple of days for the weather to be more friendly for another successful day of inspections.
Now that the nectar is starting to flow from the brambles and the rosebay willow herb, this should keep the bees busy and hopefully we can start adding extra boxes to the hives for a honey harvest later in the season.