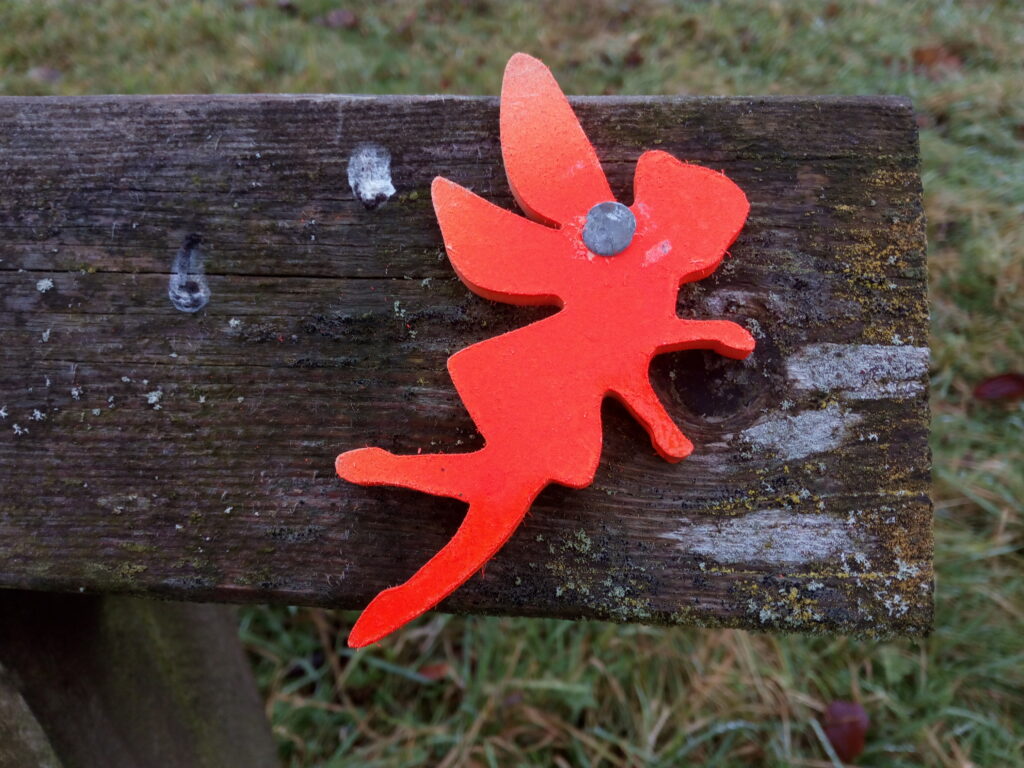 There’s lots of information online about what to do if you find a chick that has fallen out of its nest but what are you supposed to do if you come across a fairy.  That’s what happened to me just after Christmas.

It was at the Botanic Garden and, you know what fairies are like, or maybe you don’t, she didn’t say much but then I don’t speak Fairy anyway.  She didn’t appear to be hurt but was a bit battered and in need of some tender loving care.  We assumed that she had come from the Fairy Wood but being as fairies tend to keep a low profile it’s difficult to say.  I mean I’ve never actually seen a fairy before – in the Fairy Wood or anywhere else for that matter.  Well have you?

So how did we know she was a fairy?

She’s got fairy wings and she was wearing the sort of dress that is usually worn by storybook characters so what else could she be.  Anyway we felt that we had to do our best for her so we gave her a wash in Fairy Liquid (what else!) and used something a little stronger for bumps, bruises and scratches and I must say she looked better after that.  We still didn’t know how she felt, she wasn’t showing much life and she hadn’t made any noise at all.  So we decided that we should give her a make over.

We thought she might feel better if she had a specific role to play and since it will soon be Snowdrop Weekend we agreed that she would be our Snowdrop Fairy.  She didn’t object – or we don’t think she did.  So being a woman who sews I took responsibility for her new costume. Obviously snowdrops are white so her dress had to be white and I don’t have access to gossamer and stuff like that so she had to have whatever a mere mortal could get. Anyway she’s got a new dress, gloves and a little headdress and we hope she likes it – it’s the best we could do.

One thing we have noticed is that she has lost her ability to disappear.  Well, I say that, but we can only assume that’s why we never see fairies because they disappear as soon as humans get close. Our resident Snowdrop Fairy no longer disappears – she doesn’t move either so don’t expect her to rush up to you because she won’t.  You may be lucky enough to see her if you visit the Botanic Garden while the snowdrops are out – or you may not.  I tried to take some photos of her to go with this blog but none of them came out.  Isn’t that weird!

Hidden among the trees are remnants of a fairy tea party, a toadstool village and you might even see signs of the pint-sized residents of the wood.

Where are all the bees?