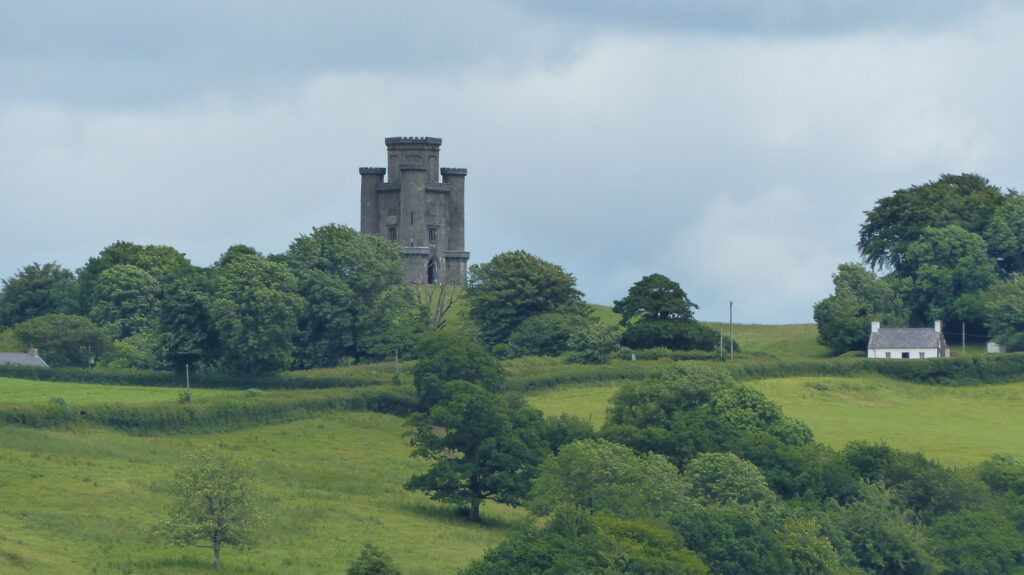 We are familiar with the stories of Sir William Paxton’s later life – especially his time on the Middleton Estate and his creation of one of the most renowned Regency Landscapes of the time…but what about his life as a child? At the age of just 12, Paxton joined the Navy for the first of many adventures, as FIONA SPEAR, one of the members of our History Research Group shares in this story below…

It was fashionable for landowners all over Britain, after The Battle of Trafalgar in 1805, to build a tower on their estate to commemorate the victory over the French and the death of Horatio Nelson. William Paxton had first-hand experience of fighting a war at sea, and knew all too well the tragedy which can accompany victory.

Paxton joined The Navy as a boy of 12, around the beginning of The Seven Years War between France and Britain and their colonies in 1756. There were plenty of opportunities for the advancement of young sailors at this time. After working on different ships under different captains, Paxton obtained a commission as a Midshipman.

It was while Paxton was a Midshipman on HMS Thunderer, under Captain Charles Proby, on 17th July 1761, that the ship became engaged in a battle in which he was lucky to survive. The French Navy had suffered heavy losses and the British had the upper hand in the war at this point. Spain supported France and gave shelter to their ships. The French ships Achille and Bouffone had evaded the British blockade in Brest. However, after seeking shelter in Cadiz, they became trapped by the British in the form of HMS Modest, HMS Thetis, HMS Favourite and the 74 gun HMS Thunderer. As the French ships tried to escape, the British ships chased them down and an intense battle ensued. While the battle raged, one of HMS Thunderer’s cannons exploded on the gun deck. This caused devastating injuries to the sailors as well as severe damage to the ship. It must have been a shocking and frightening sight.

Despite the damage to HMS Thunderer, the Achille and Bouffone were taken by the British and the battle was seen as a victory. On HMS Thunderer 17 men had been killed, and 113 wounded, 17 of which died shortly after. The Second and Third Lieutenants were injured, with the Third Lieutenant having more serious injuries. Captain Proby sustained a wound to his right hand. Luckily for Paxton, he remained physically unharmed.

The Seven Years War ended two years later in 1763. The Navy downsized dramatically and Paxton was demobbed. His taste for adventure still with him, he joined the East India Company and travelled to India.

The death of Nelson must have brought back memories to Paxton of his lost comrades. Perhaps the tower he erected on his estate served as a memorial not just to Nelson, but to the brave officers and sailors Paxton served alongside.