Our Waun Las National Nature Reserve is managed not only as an organic working farm, but one that actively encourages the spread of native wild plants 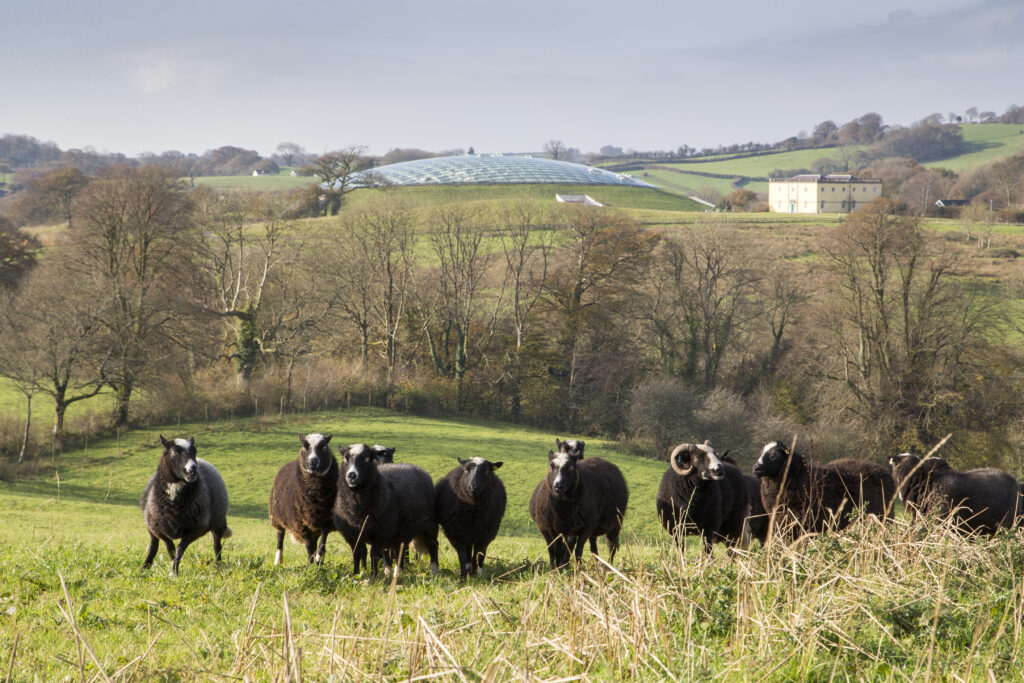 The Garden has a 160 hectare farm that lies on its eastern and northern sides.

Located on Waun Las National Nature Reserve, the farming area is made up of pastures, hay meadows and arable fields. This is managed not only as an organic working farm, but one that actively encourages the spread of native wild plants.

We use Welsh black cattle and Welsh breeds of sheep, varieties that are well suited to our soils and weather, to graze our wet and dry pastures.

Four large fields have been converted to traditional hay meadows in which we cut just once a year, in late summer.

The farm operation is run from Pantwgan Farm, which is on the northern perimeter of the Garden site. This is where our sheep come for lambing in spring and where cattle come to keep out of the winter cold. Adjacent to the farm are fields where we grow arable crops to feed our stock in winter and where we rotationally re-seed to allow us to graze intensively. This more intensive aspect of our farming allows us to maintain larger herds and flocks of animals.

A network of footpaths allows Garden visitors to safely explore the farm at their leisure.

The farm has a Glastir farming agreement with Natural Resources Wales.

Flowerpot Podcast – The One with farmer Huw Jones

Wednesday May 18th, 2022 by Bruce Langridge
Find out more