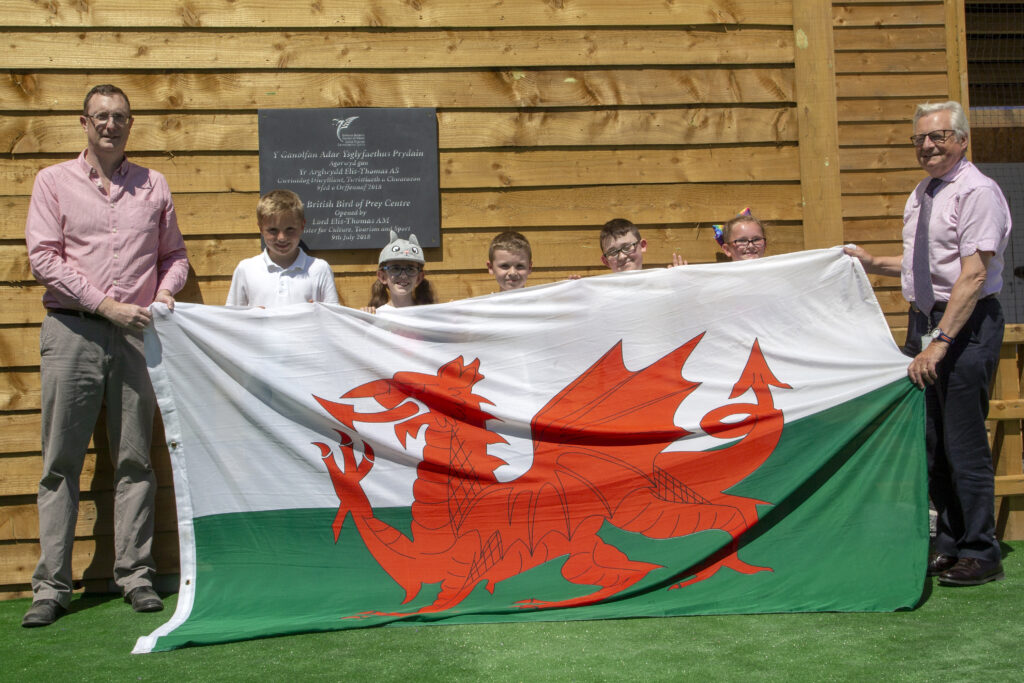 As we start 2019, we can look back on 2018 and feel proud of the many achievements that everyone – staff and volunteers – have achieved in the past 12 months.

These achievements build on two previous years of exceptional growth in visitor numbers, and have demonstrated that the National Botanic Garden of Wales has both the visitor appeal to make it one of the leading visitor destinations in Wales, and the expertise and skills to make it a world-leading centre of excellence in the fields of science research, horticulture and learning.

During 2018, the Garden became one of the first Botanic Gardens in the world, and the only one in the UK, to secure accreditation as a botanic garden, and subsequently as an accredited conservation practitioner. These prestigious awards, from Botanic Gardens Conservation International, mark the high quality of the horticulture, conservation and research work undertaken over many years at the Garden, and demonstrate its international importance and the contribution we make to the protection of endangered species, habitats and ecosystems in Wales and around the world.

As home to some of the rarest plants in Wales, we have the opportunity to tell our visitors about the unique plants of this country, and their cultural and environmental importance to the people and landscapes of Wales. This also gives us the opportunity to demonstrate that environmental conservation is a worldwide issue affecting Wales as much as other countries.

The National Botanic Garden of Wales is an independent charity dedicated to the research and conservation of biodiversity, to sustainability, lifelong learning and the enjoyment of the visitor.

We are grateful to receive some Welsh Government funding, however, we need to generate substantially more income ourselves to support the research, conservation and education work that is undertaken by this organisation, and to operate on a daily basis.

The Garden attracts visitors from around the world and, in the last financial year, we welcomed 161,750 people as leisure visitors, with many more coming for education courses and to use our meeting spaces and wedding/function venues.

This figure is the highest since the first year the Garden was open, and the entry and membership fees from these visitors generated the greatest proportion of our income, closely followed by the income from our hospitality outlets.

The notable high points of 2018 that contributed to, and built on our success, as both visitor destination and centre of excellence in science and horticulture were:

* Receiving our botanic garden accreditation, which has raised the Garden’s profile in Wales, and the profile of Wales in the World.

* The launch of the Growing the Future project, which has seen more than 1500 individuals take up almost 2,200 course places, and engaged with more than 32,000 people at public events and shows from Cornwall to Anglesey.

* The refurbishment and development of the Welsh native beds, which has highlighted the importance of our conservation work and acts as a highly relevant tool for engaging the public and our stakeholders with the work that we do,

* The wildflower plots in the outer walled garden that combined science research with visitor appeal,

* The commercial contracts secured to grow Welsh native plants for re-introduction back into the wild as part of important conservation activities,

* Meithrin day, with 400+ under 5s enjoying themselves, creating a new generation of children who will enjoy the National Botanic Garden of Wales,

* Commencement of (re)-construction of the Regency parkland, dams and lakes, a project that will create an important heritage tourism destination in Wales, draw in visitors and facilitate greater access to the parkland, woodland and Waun Las National Nature reserve.

* The opening of the British Bird of Prey Centre, that has brought in visitors and raised the profile of the Garden,

* Events and activities that, on one memorable Sunday in February, drew in more than 3,500 people in one day.

Less high profile, but equally important for the success of the Garden, are the many other essential tasks and activities that are completed every day, including but not limited to, cleaning the premises, keeping the heating working, the water flowing and the lights on, processing all the essential paperwork, and welcoming and feeding the tens of thousands of visitors who support us throughout the year.

As we look forward to 2019, it is likely to be an exciting year, with existing projects developing and expanding, new projects starting, and the garden maturing still further. It will also be an unpredictable and challenging year given the uncertain political and economic climate.

However, the Garden is on the front foot, with the progress of the past few years to sustain us and a dedicated team to take us on to the next stage in the Garden’s development.

Thank you all for your contributions to the cause and we look forward to welcoming you back in 2019.